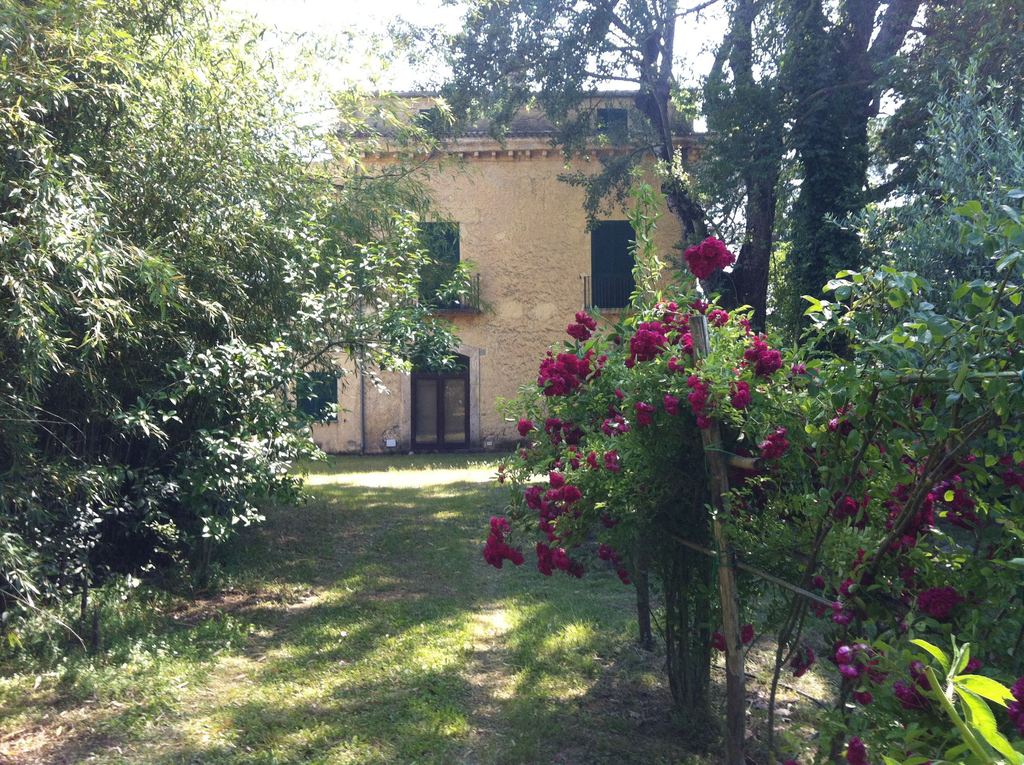 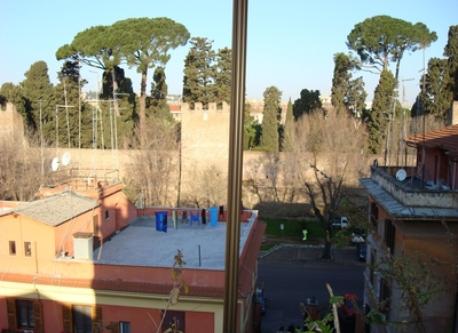 The house is in Roccasecca-Fr (Via Socce 4), a village of about 7000 inhabitants (distributed in 4 small suburbs)  100 km south of Rome and half way between Rome and Naples; close (5 km) to the highway Milan-Naples (exit Pontecorvo, at km 659) and (1km) to the national railway Rome-Naples-Bari (station Roccasecca, at km 121).
The town was built in the year 994 as part of the defensive system of the Montecassino abbey; it has been always known as the native country of st.Thomas of Aquino.
The house is large and confortable, sourrounded by trees and large spaces. It has 4 large bedrooms, two living-rooms, two bathrooms and two terraces. It is full furnished. It doesn't have telephone neither internet.
It is an hold mansion completely renewed il 1994. The site is at the bottom of the apennines mountains; from the house you can also admire the view of the ancient "borgo" and of the castle. The countryside is plain and there are a lot of country roads useful for walking, footing, bicycling.

Our home in Rome is in a trendy area front ancient roman wall and Piramide. It is close( 5 minutes walk) the rail station to Fiumicino airport. It is well served by buses, metro and taxi to all sides of the city.
In a walking distance are many ancient roman monuments like Colosseo, Palatino, Campidoglio.
The house is large and confortable. It is sunny and quite.
Has 3 bedrooms (1 double beds, 2 single bed), 2 bathrooms, a large living.
Has free internet.

This member has completed 8 successful exchanges. Here are some members that he exchanged with in the past: