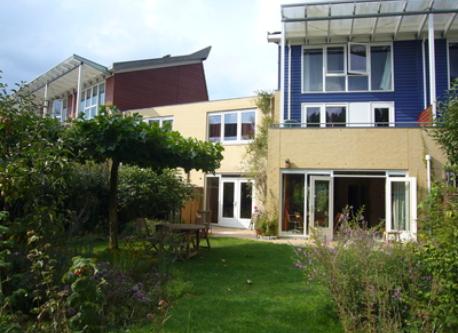 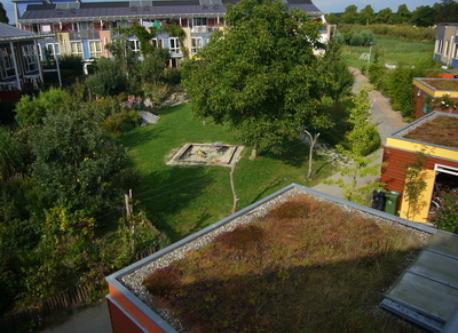 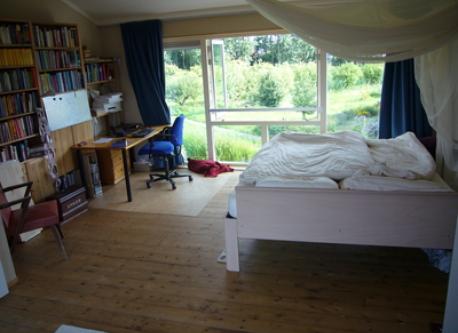 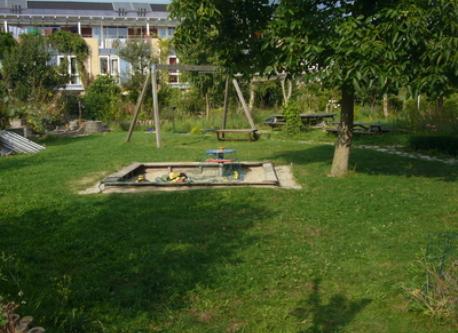 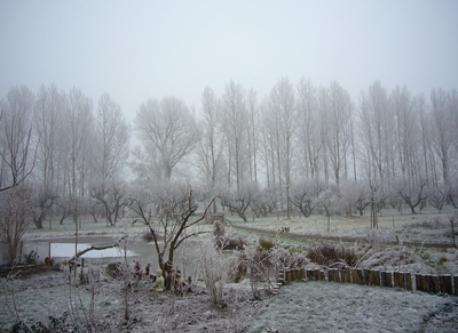 Thinking of Holland
I see wide-flowing rivers
slowly traversing
infinite plains,
inconceivably
rarefied poplars
like lofty plumes
on the skyline in lanes;
This first line from the poem Memory of Holland by Hendrik Marsman (Translation: © Paul Vincent, 2006) will resemble your own memories after staying at our home in Culemborg, a small country-town with monumental centre in the heart of the Riverland that lies in the middle of the Netherlands. Right behind out backyard you'll see such a lane of poplars, with a traditional dutch orchard in front, a characteristic combination for the landscape in Riverland.
We live in a quiet, very green, neighbourhood were children can play on the streets, only a 15 minues walk form the towncentre.
Two minutes walking from our house you reach the trainstation from which you can cross te rivers and travel (4 x per hour) to the cities of Utrecht (15'), Amsterdam (50') and Den Bosch ('30). And as Culemborg lies right in the center of the Netherlands you can travel in two (or less) hours to any part of the country, or even the cities in Belgium and the noth-western cities of Germany like Köln and Aachen..

and submerged in the vastness
of unbounded spaces
the farmhouses
strewn over the land,
tree clumps, villages,
truncated towers,
churches and elm trees -
all wondrously planned.
the sky hangs low
and slowly the sun by
mists of all colours
is stifled and greyed
and in all the regions
the voice of the water
with its endless disasters
is feared and obeyed.