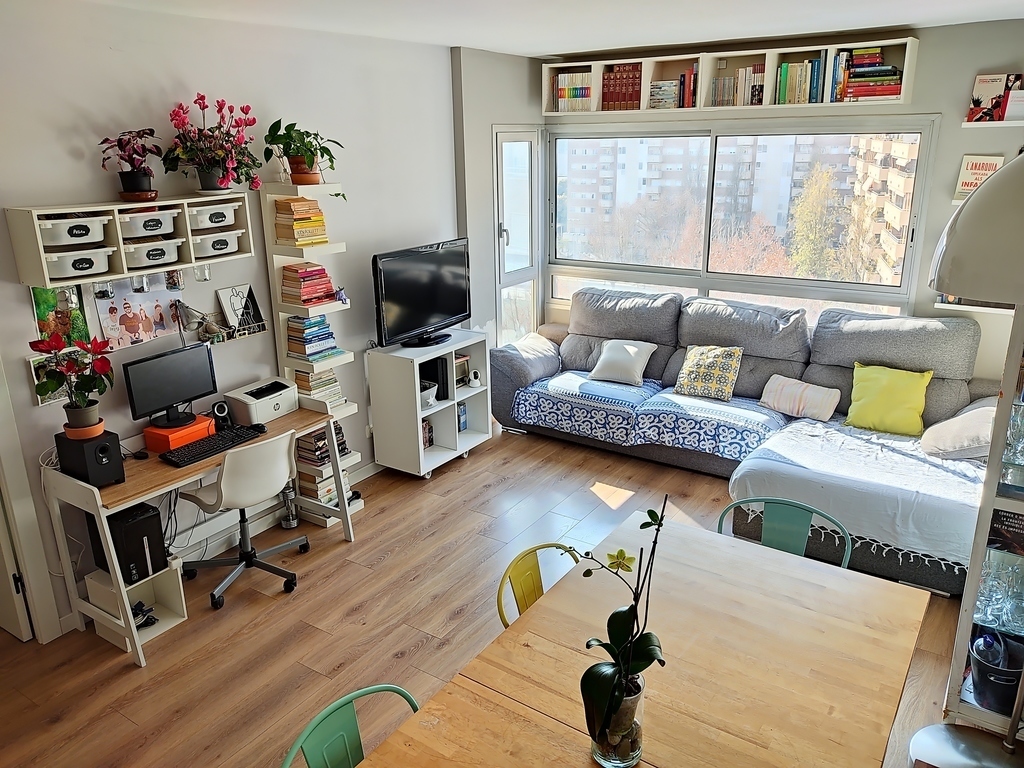 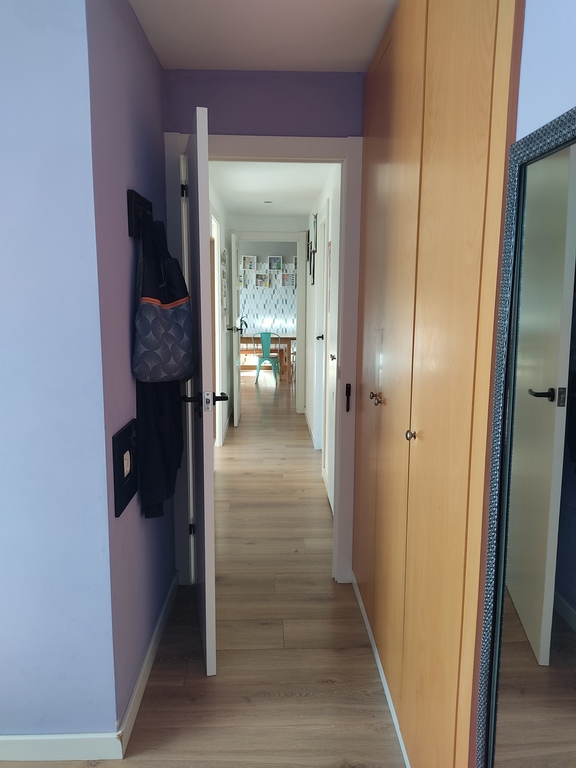 Open for weekends, bank holidays, or 2023

We live in a cozy 3-room-apartment situated in a quiet neighborhood 20 minutes by bicycle from the centre of Barcelona. It is very convenient for public transport with both bus, underground and trains nearby. It also has easy access to Barcelona Airport.

The apartment has a master bedroom with ensuite bathroom and a second room ideal for children with two beds. The third bedroom has one bed (2,00mx90cm). There is also a second bathroom.
The kitchen is modern and well equipped.
There is a private garage belonging to the apartment block.

The apartment is in residential area with a large shopping mall only three minutes away on foot. And surrounded with a lot of parks and green areas.

We have a quiet and cute dog, and we will love to travel with her.

Our names are Tania and Ton. We have three well behaved teenagers: a son, Ton who is eighteen years old and two daughters, Emma who is sixteen and Zoe who is thirteen. Tania is an IT Engineer at Barcelona Airport and Ton is an Economist at SEAT.
We have a dog, called Pica. She is two years old and we will love to travel with her. She is very quiet and doesn't leave hair because she has "rastas".

We are a family that enjoy being together in family, we like hiking, nature and visiting new places.
Ton, the father, loves reading, trail running and riding bicycle. Tania loves photography and, hiking and reading. Ton leads a children group in the neighbourhood and plays guitar. Emma loves sport and cooking, Zoe loves animals and plays guitar and ukelel.
We have four adult bikes and a electric scooter. Everything can be used upon request.

This member has completed 18 home exchanges. Those referenced below may contain feedback/impression from its exchange partners: