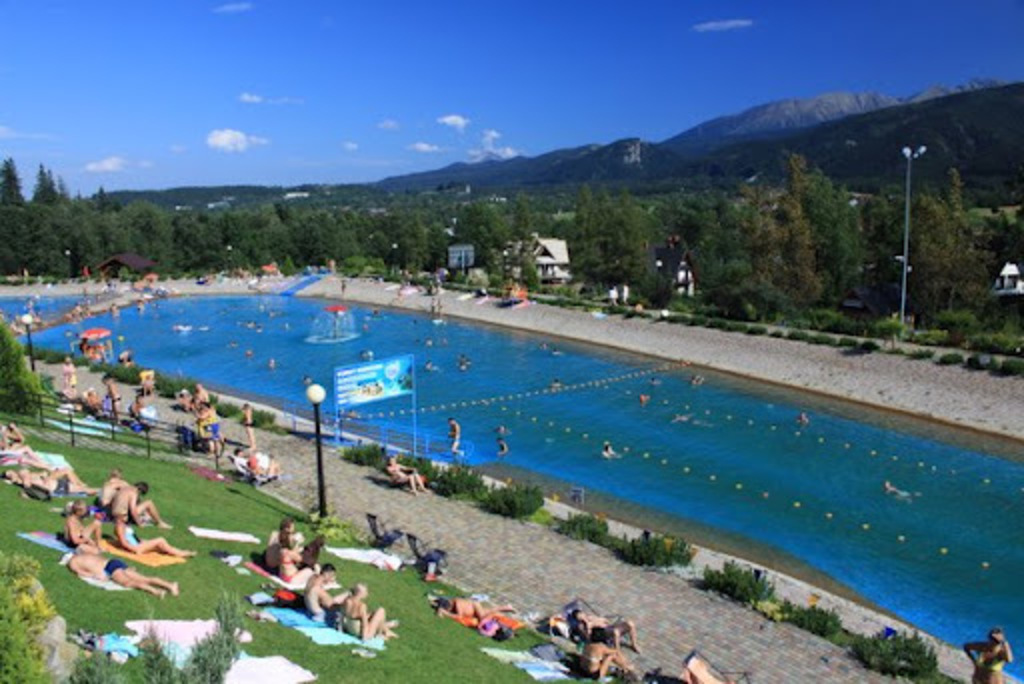 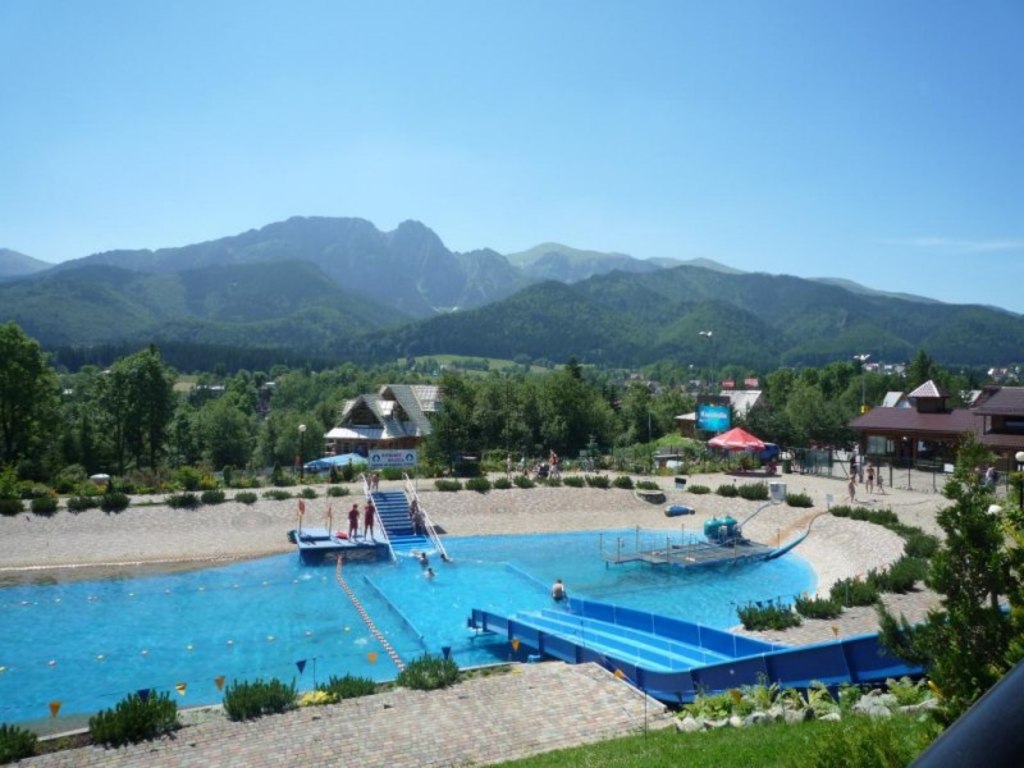 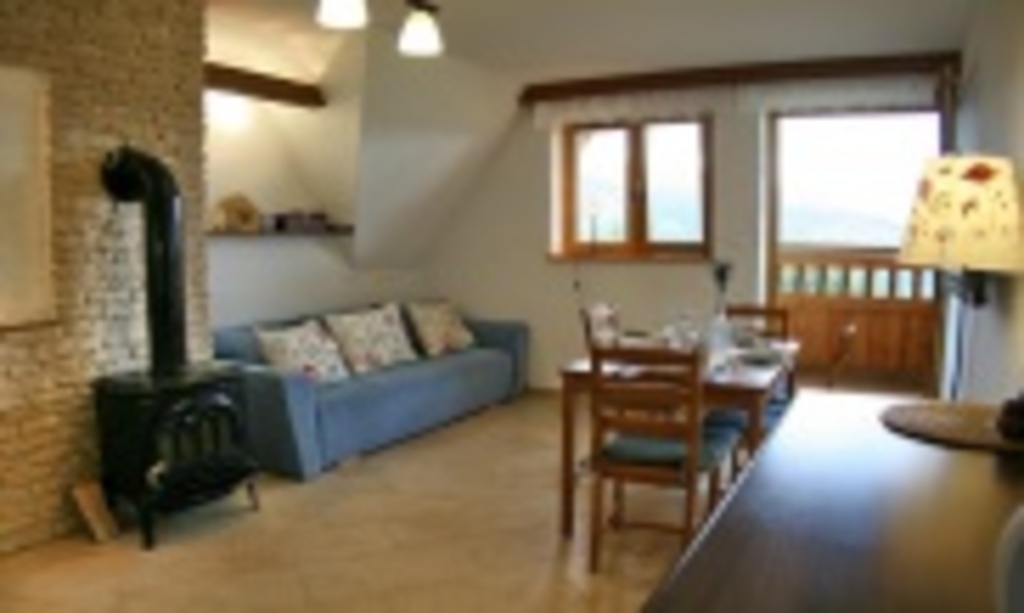 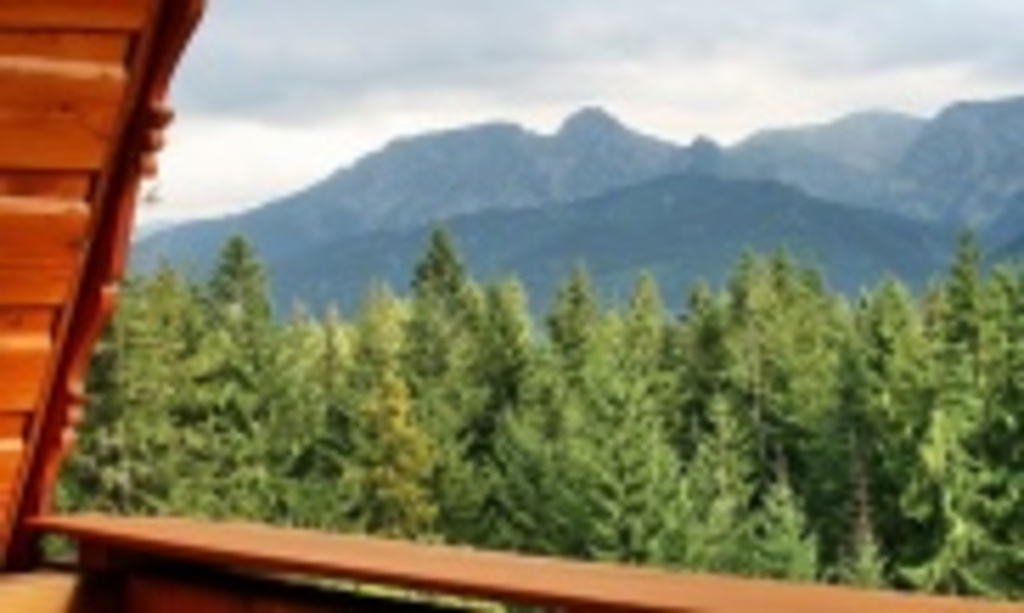 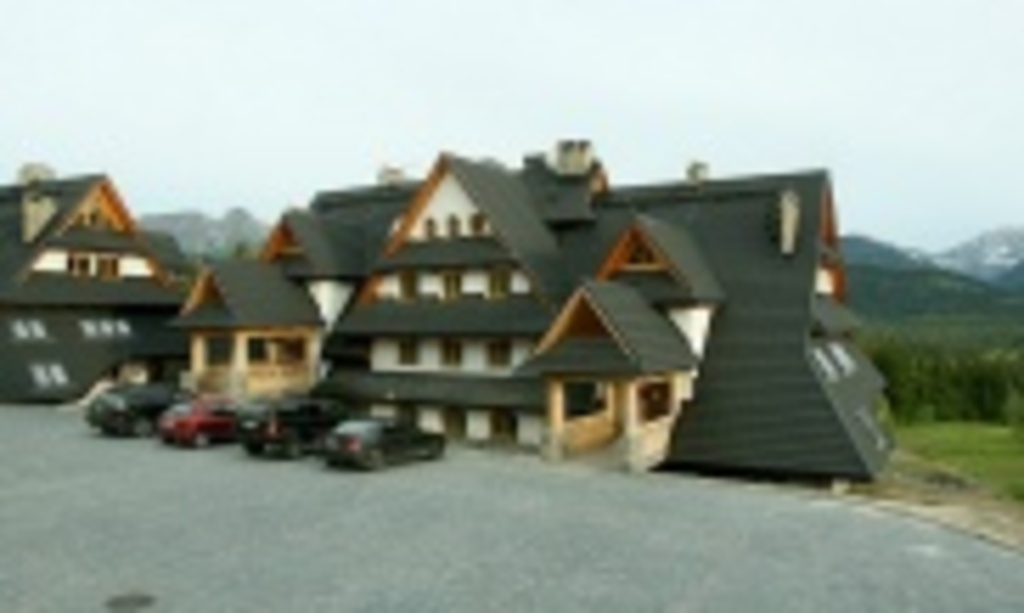 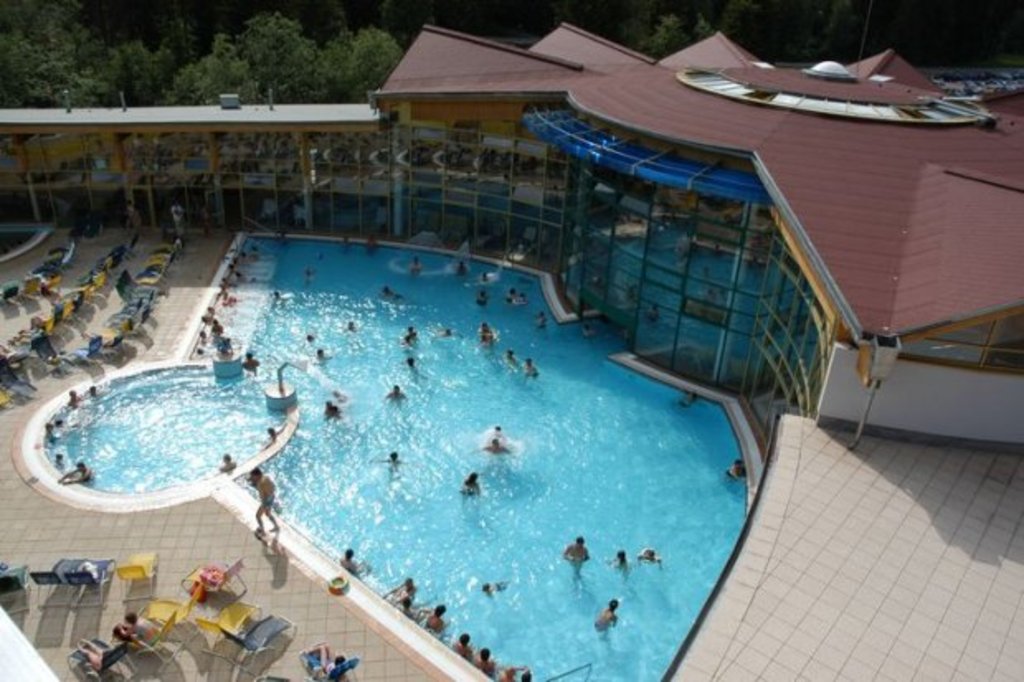 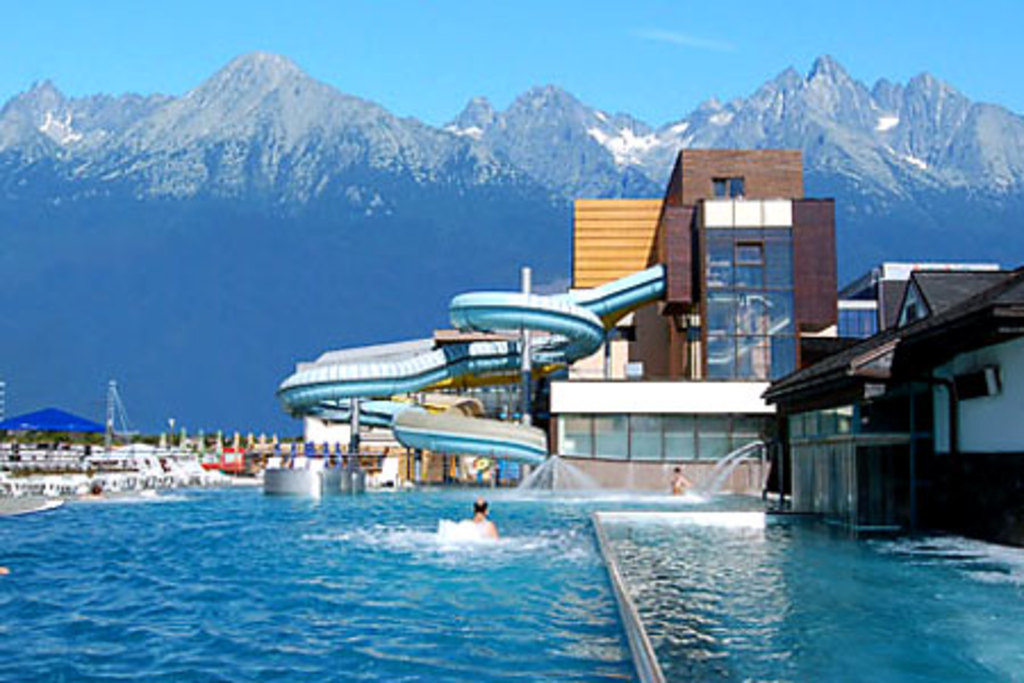 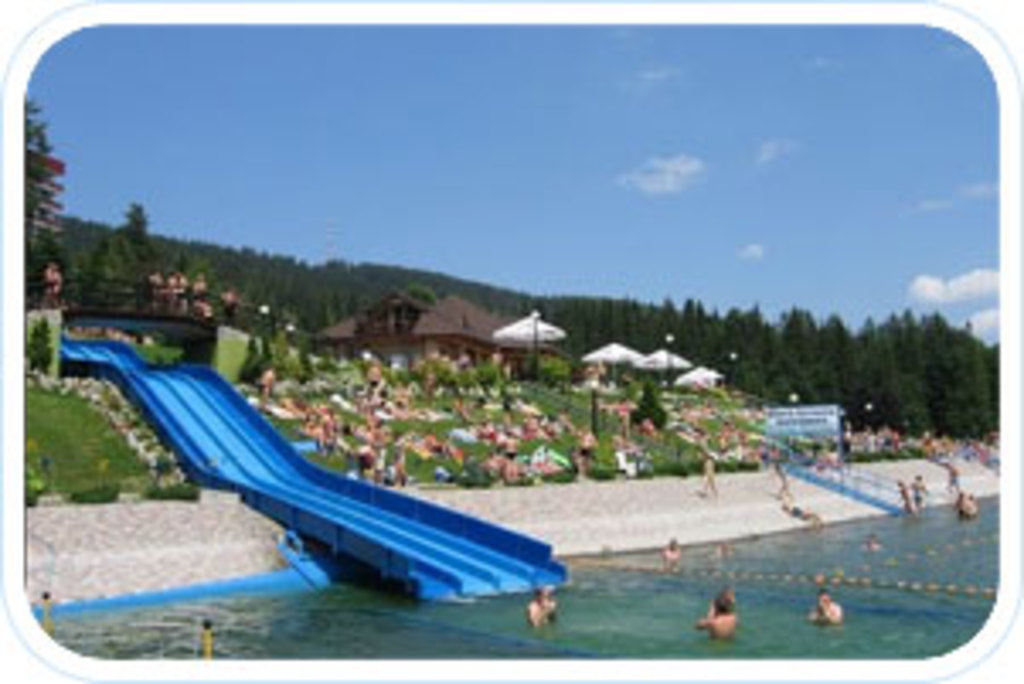 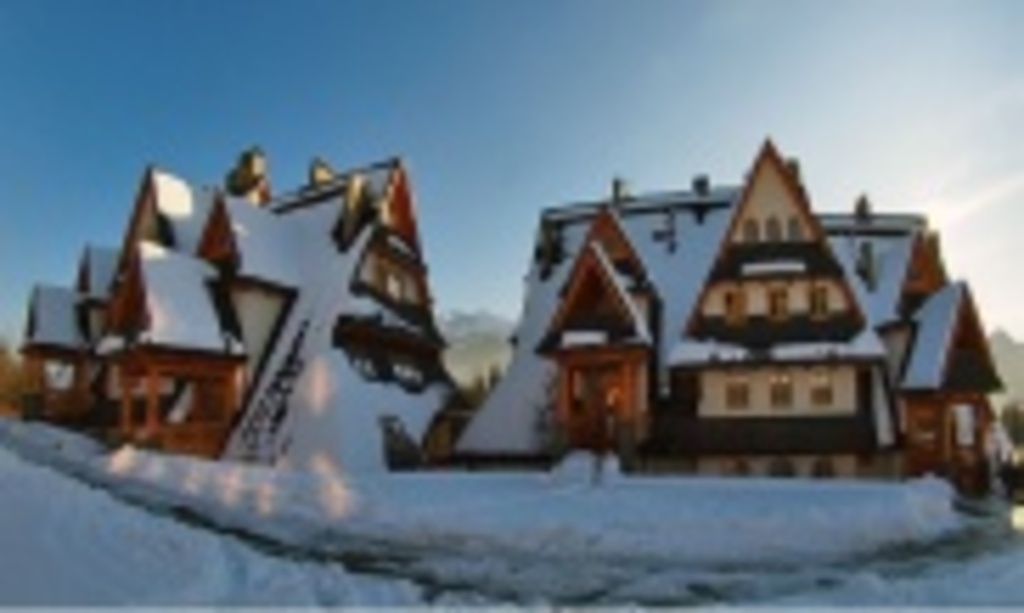 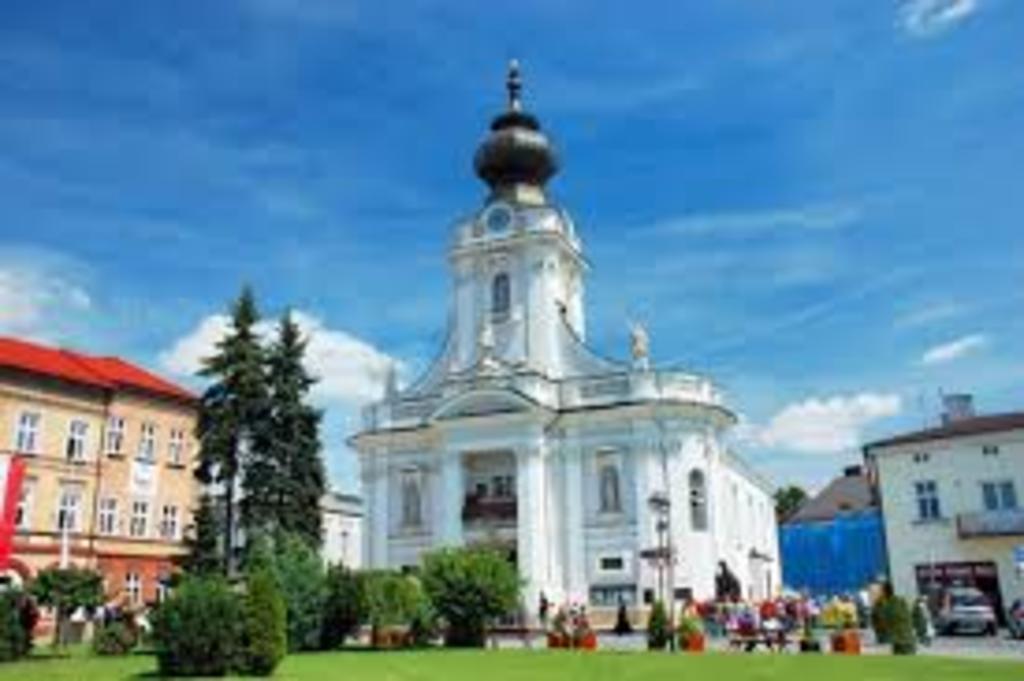 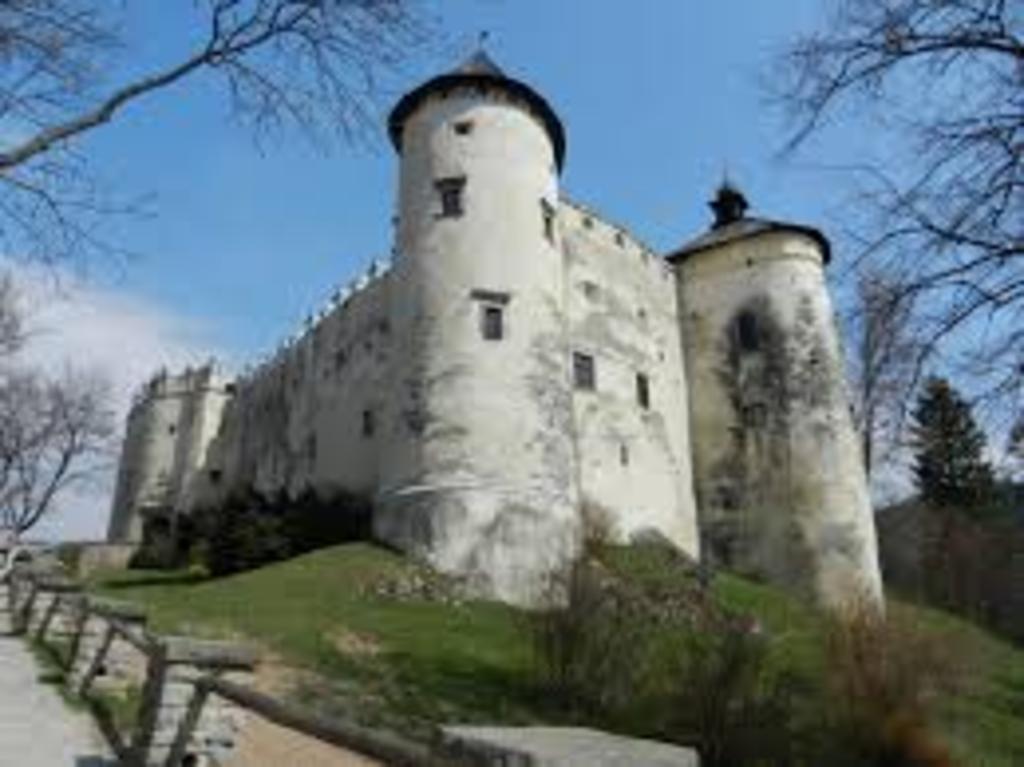 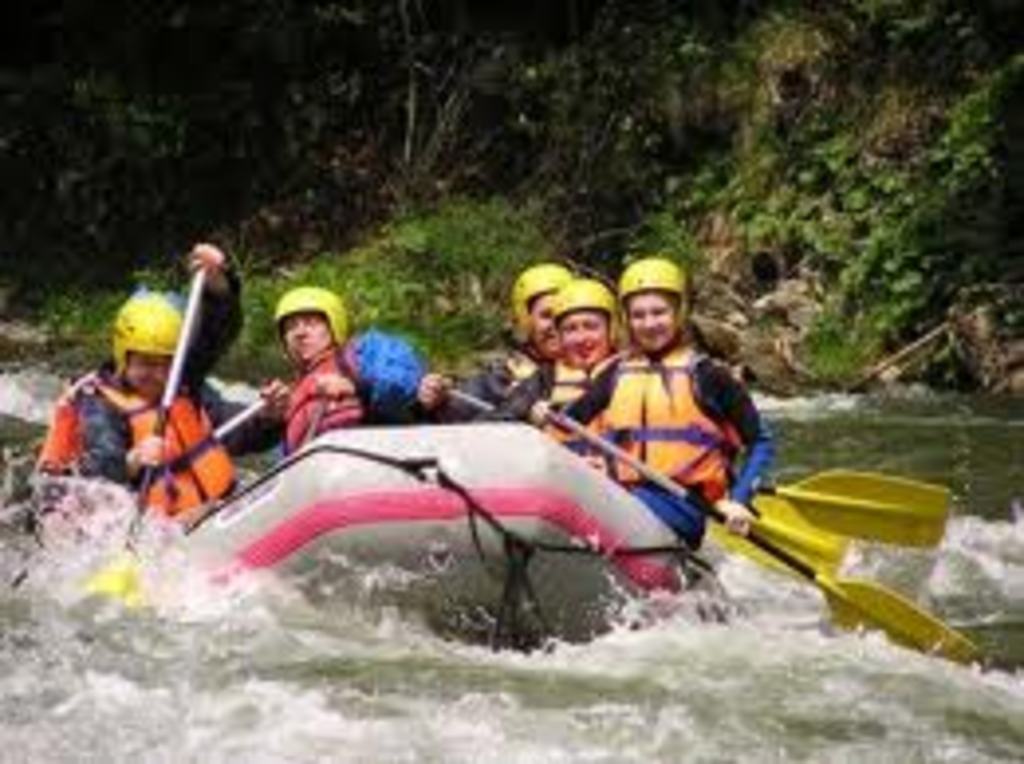 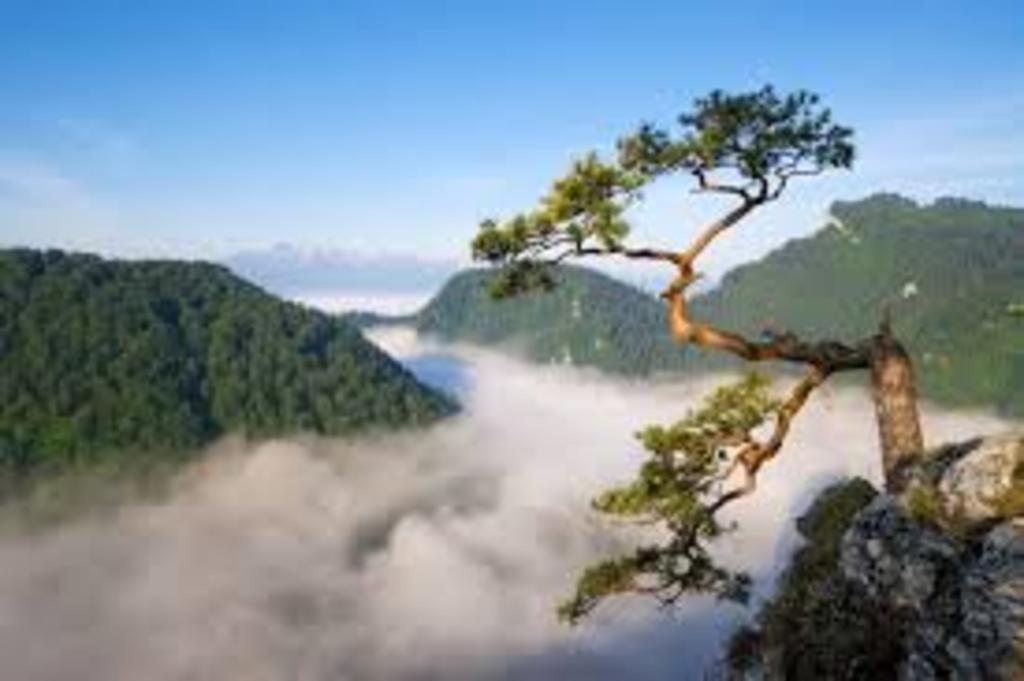 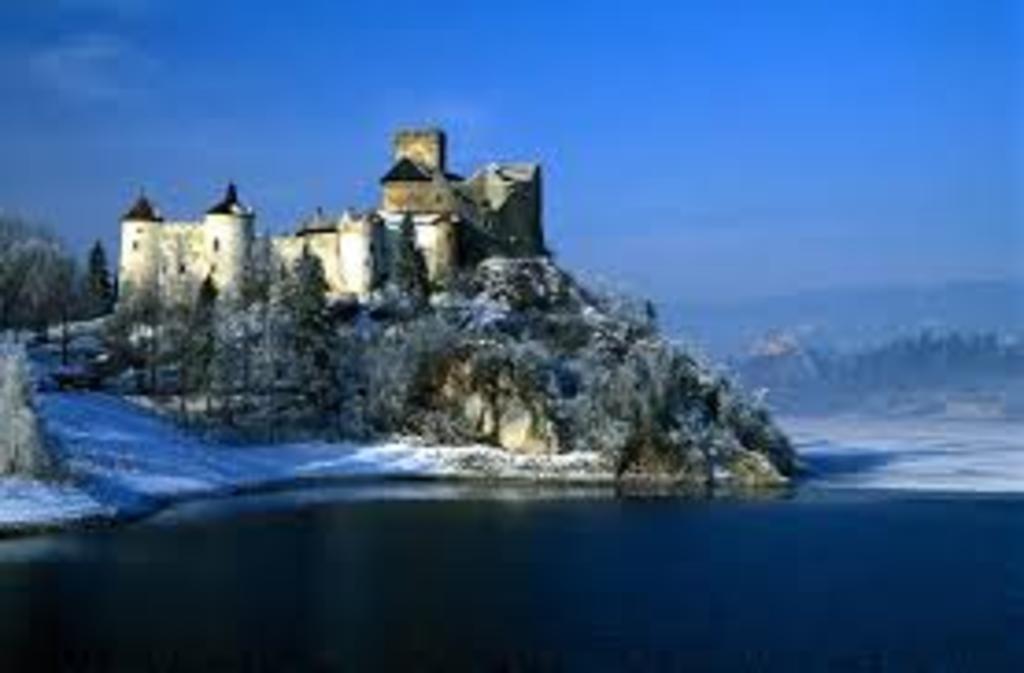 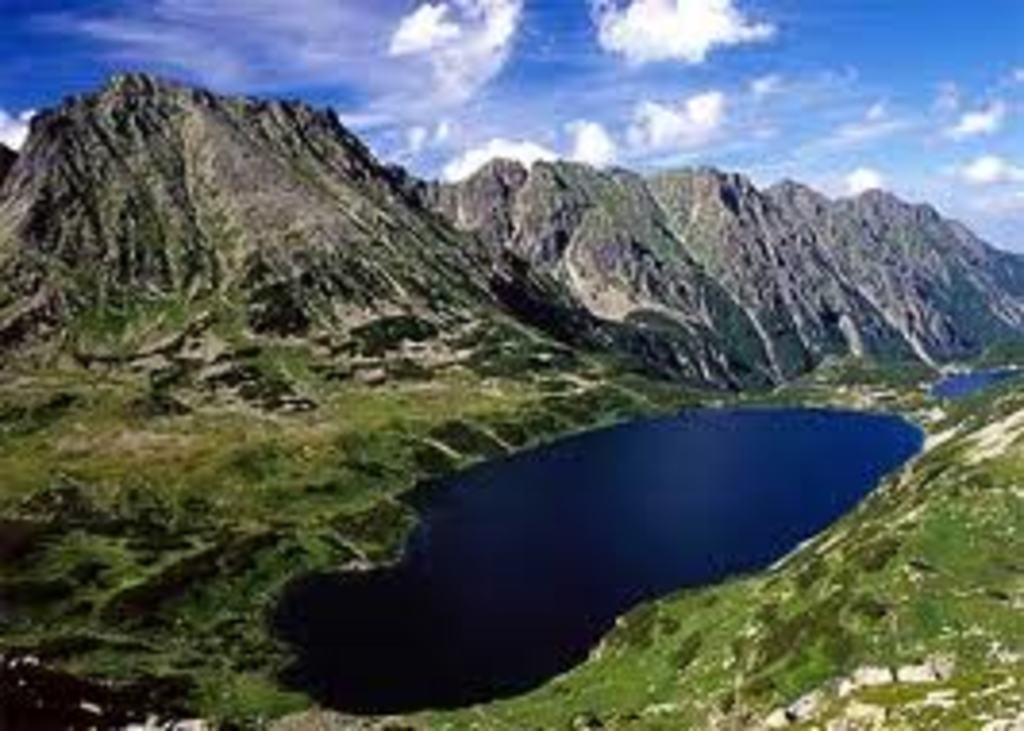 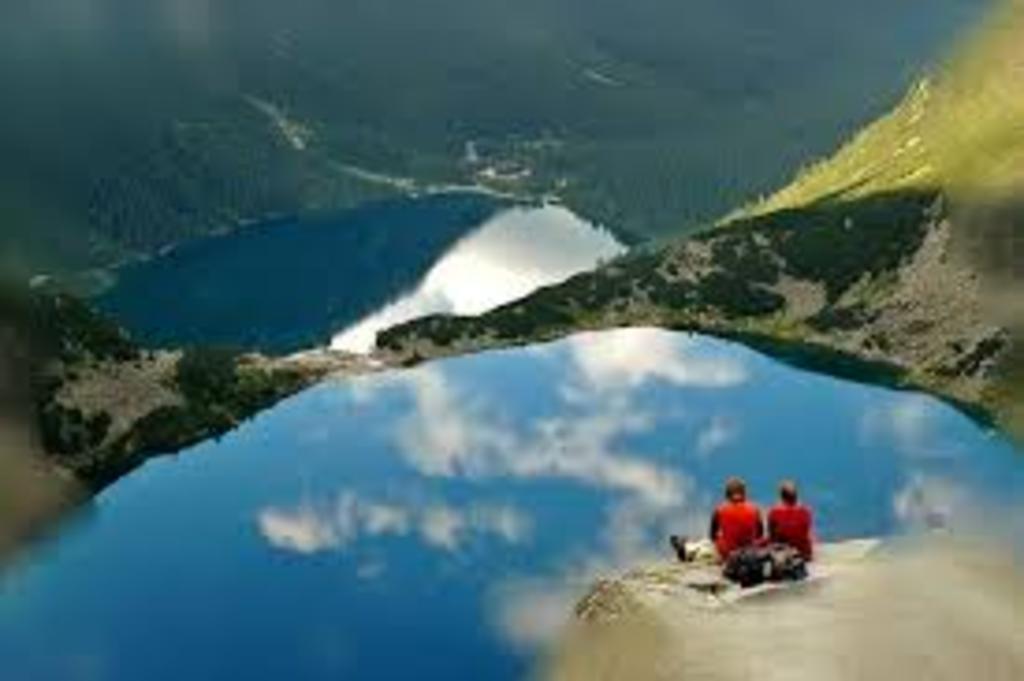 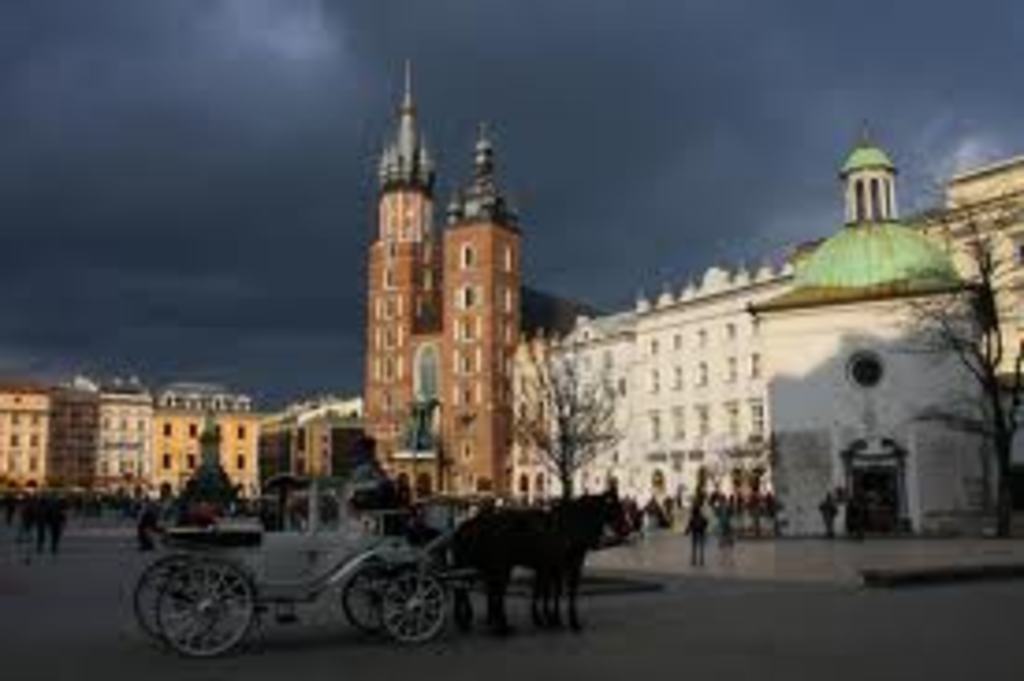 Not simultaneous exchange is possible too.

Apartment in a quiet location overlooking the mountains.
APARTMENT is a real revelation for all who dream of a vacation in the beautiful mountain scenery , away from the bustle , traffic jams and streets full of tourists .
The apartment is located in Kościelisko being the nearest facilities for Zakopane guarantees these features , which season it is difficult to look for in Zakopane : tranquility , views, recreation in the area.
Apartment Over the Tatras is located in the apartment complex located on a hillside Kierpcówki , which offers a beautiful view of the Tatra Mountains . Direct vicinity of meadows and forest ensures highly aesthetic impression and a sense of closeness with nature.
This suite ideal for large family or group of friends of friends. Freedom to provide separate bedroom and a kitchenette bedroom with two beds. The advantage is a unique view of the Tatra mountains , which can be viewed from the balcony. Warm and fantasy adds interior fireplace .

Possibility of residence from 2 to 6 people.
Before the building is closed, free parking in the apartment.
90 km is Krakow
400 km is Warsaw
400 km is Vienna
350 km is Bratisława

According to many tourists the most beautiful pond Tatra Mountains , located in the upper part of the valley Fish Creek below Black Lake under Rysami , the penalty glacier at the foot of massifs Cubryna , Mięguszowieckie Peaks and Żabia Ridge . It is also the second , next Giewont , the symbol of the Polish Tatra mountains , has long been present in the Polish culture ( creativity Casimir Break - Tetmajer , Jan Kasprowicz , Leon Wyczółkowski et al. ) . Already in the first half of the nineteenth century tourists visited here ( as the realities of the time ) in bulk , today the place is experiencing the season a real siege ...

Table Maritime Oka lies at an altitude of 1,395 m above sea level It is the largest pond Tatra (about 35 acres) , also one of the deepest (almost 51 meters). Its characteristic feature is the natural restocking (trout , with the presence of fish is related to the original name of the lake - Fish Pond , the name Sea Eye tourists popularized in the nineteenth century). Pond for several months of the year is frozen , and the water in the deepest part of the subject to very poor mixing ( held here a constant temperature of around 4 ° C warmer layers lie above ) . On the moraine basin lake front closure is constructed in the years 1907-1908 PTTK shelter "Sea Eye" , named after Staszic ( one of the first researchers of the pond ) . Sea Eye can go around using red tourist trail (about 30 min).

Black Pond in Rysami is the third surface and the second deepest lake in the Tatra mountains . It is one of the most typical lakes diamonds , that is, those which originated in the boiler channeled through the glacier above the threshold . The lake lies at an altitude of 1,580 meters above sea level ( water level ) is almost perfectly circular shape, and the greatest depth ( 76 m ) reaches closer to the south- eastern shore , and so in a place where the masses of ice pressed in the strongest . Sam threshold has a rounded cross section , clearly visible in niezarośniętych places. A low content of dissolved nutrients in the water causes the pond there are no conditions for growing fish. Water has amazing transparency - the visibility reaches 16-18 m famous mountaineer and one of the best experts on the Caucasus , Mor Dechy , said that the view from the shore of the lake is " the most beautiful lake scenery in the whole of the Tatras " . In the terminology of the Tatra lakes , black is the most popular ( in whole Tatra is up nine " black " joints) , because the use of the addition of ' the Rysami "in the name of Black Pond is advisable , although not present in the original called highland .
Access to the pond : the red trail from the shelter over the Sea Eye - about 45 minutes . When the pond is a bifurcation routes - red can go on for cracks , green and - on the pulpit and pass the Chlopkiem .
The culmination of bands Gubałowskie (1126 m) , which overlooks the north over Zakopane . After its southern side lie the villages of New Bright and tooth . It has an elongated , aligned shaft is made of sedimentary rocks ( flysch Tatra ) . At the same ridge approaching fields, meadows , thickets and scattered buildings .

Gubalowka is the most famous peak of the Rock Podhale , flocked by tourists (actually hikers , campers and patients ) . All of them attracted by the great " classic " panorama of the Tatras . It has , besides the great aesthetic , is the undisputed importance of teaching - to see the diversity of sculptures and geological structure of the Tatra massif and piętrowość plant ticking on its northern slopes . Below you can see in all its glory Zakopane ( hence presenting a very preferred) , and above it a wooded regie , behind which stands the majestic Giewont . To the right of him, in the background, appear red Wierchy and further peaks of the Western Tatras , completed cone Osobita . To the left of the Giewont easily recognize Kasprowy , further seen Świnica , jagged chain of the High Tatras and the limestone massif of the Tatra Bielski .

On top of Gubałówka you can get in two ways - by using the queue rail , or wandering on foot black trail (approx. 1 hr. ) . Funicular on Gubalówka is one of the biggest attractions of Zakopane. It was built in 1938 as one of the investment before the championships FIS . Modernized in 2001 , is currently the most modern of its kind in Poland. Route length is approximately 1300 m elevation difference - almost 300 m

For Gubałówce are souvenir shops , restaurant , year-round toboggan run in winter - ski trail ( closed in recent years due to a dispute with the owners of the parcels through which the ) . The trail runs along the ridge Papal stroller which can be reached at Butorowski Peak ( 1160 m ) .

Ristics Valley 9 km long by many tourists considered the most beautiful in the Western Tatras . Picturesque glade , monumental rocks, diverse wildlife and unique landscapes make it one of the most visited places in the Tatras. Valley has three main branches - the valley Pyszniańską , Tomanowa and Mietusia and a number of smaller branches , including an attractive, partially accessible to tourists Gorge Krakow .

Natural diversity (including floristic and fauna ) Kościeliska Valley owes its varied geological structure and different prowieniencji shaping its landscape phenomena. Lower and middle part of the valley is composed of sedimentary rocks belonging to the several geological formations (counting from the north: Eocene limestones and conglomerates , Križna nappe , nappe Red Peaks and indigenous tatric series ) , the upper and the ( ridge between the massif Ornak and Tomanowym Wierch Polish ) of granites and metamorphic rocks . Part of the valley extending more or less above the outlet of the Valley Smytniej was zlodowacona , formed below the river erosion Kościeliskiego Potok and karst . With this arrangement, the factors in the bottom ( and especially central ) part of the valley there are numerous limestone cliffs , crags , rocky valley narrowing (gates - Kantaka , Kraszewski and Raptawicka ) and caves. The top floors have an alpine character (though not alpine ) - dominated by extensive outdoor ridges and overgrown meadows, varied patches of dwarf pine and rocks . Above small boilers glacial slopes are cut by steep gullies .

At the end of the fifteenth century in the Valley Kościeliska mined silver and copper , and in the late eighteenth and early nineteenth century, there was a mill here , disguising iron ore and non-ferrous metals , acted as an inn . A reminder of the former factory is founded ( despite the name ) by the miners chapel Zbójnicka . Legend says that the chapel stands on the site of the church , from which the name of both the clearing and the entire valley. Very early, in the second half . The eighteenth century, came to the valley of tourists .
Bottom of the valley runs the green tourist trail , connecting Kira with shelter PTTK Hall Ornak , then passing through the Valley Tomanowa . Extending from the numerous side trails allow you to see the most interesting places in the valley.

Visiting the Valley Kościelska should take a trip to Krakow Gorge and the Dragon's Den , caves Mroźna , Mylna and Raptawickiej , go for extensive alpine glade on Tables (1360 m above sea level) - is worth seeing because of her standing on the historic huts and beautiful views, or approaches Sources for Ice - one of the most beautiful Tatra wywierzysk . It should also see Kira Mietusia - beautiful glade filled up in early spring crocuses . For the glade run is grazing cultural - in a hut you can buy oscypki , żętycę ( whey from sheep's milk ) and bundz ( sheep cheese ) . Being in a shelter on Hall Ornak set out to explore Smreczyński pond .

Peak (1987 m above sea level ) is located in the back border of the Tatra Mountains , towering over the highest floors of the valleys Bystrej , Gąsienicowa and quiet . Its top is made of granitoids and metamorphic rocks , which are part of the so-called . crystalline islands Goryczkowa - patch crystalline rocks littering in the form of caps on sedimentary rocks within the main ridge of the Tatra Mountains, between Kopą Kondracka and falling slopes of the Beskid the pass Lilac .
Even before World War I Kasprowy visited zakopiańscy skiers . In the 30s Twentieth century peak met all of Poland , in connection with discussions releases on the planned construction of the cable car. Finally, despite the protests of communities interested in the protection of the Tatra Mountains , was built from 1935 to 1936 in the axils of the queue ( the lower station in Kuźnice and intermediate station on Myślenickie crags ) , and shortly afterwards ( 1938) was erected on top of the Meteorological Observatory astronomical - still the highest building in Poland.
Since the build queue Kasprowy is one of the most crowded places in the Tatras. Cable ( length of the route close to 4300 m, elevation 932 m, running time 12 minutes ) after modernization in 2007, is able to export to the top of even 3 thousand . people a day . The top station building has a restaurant , bar, ski service , waiting room and winter Tatra Voluntary Rescue station . At the summit you can get also from the valleys Gąsienicowa and Goryczkowa , built as in the 60s chairlifts . Slopes are routed to said valleys. Hiking trails : green with Kuźnice (about 3 hours). , Limit red, yellow from a shelter PTTK " Murowaniec " (approx. 1 hr. 15 min ), yellow from the Slovak Silent Valley liptov

we love to travel, now traveling alone or with one son or a pair of friends
we like to spend time actively.
We go skiing and go to the mountains, I climb the Andes and the Himalayas, also hunt and deal with ceramics.