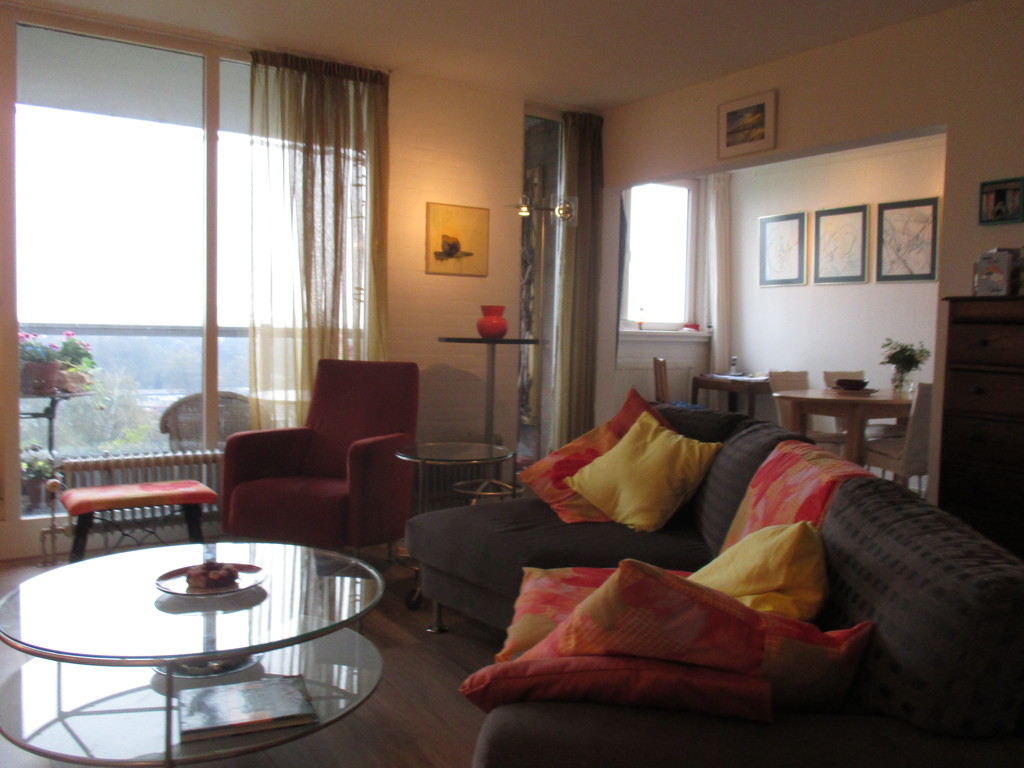 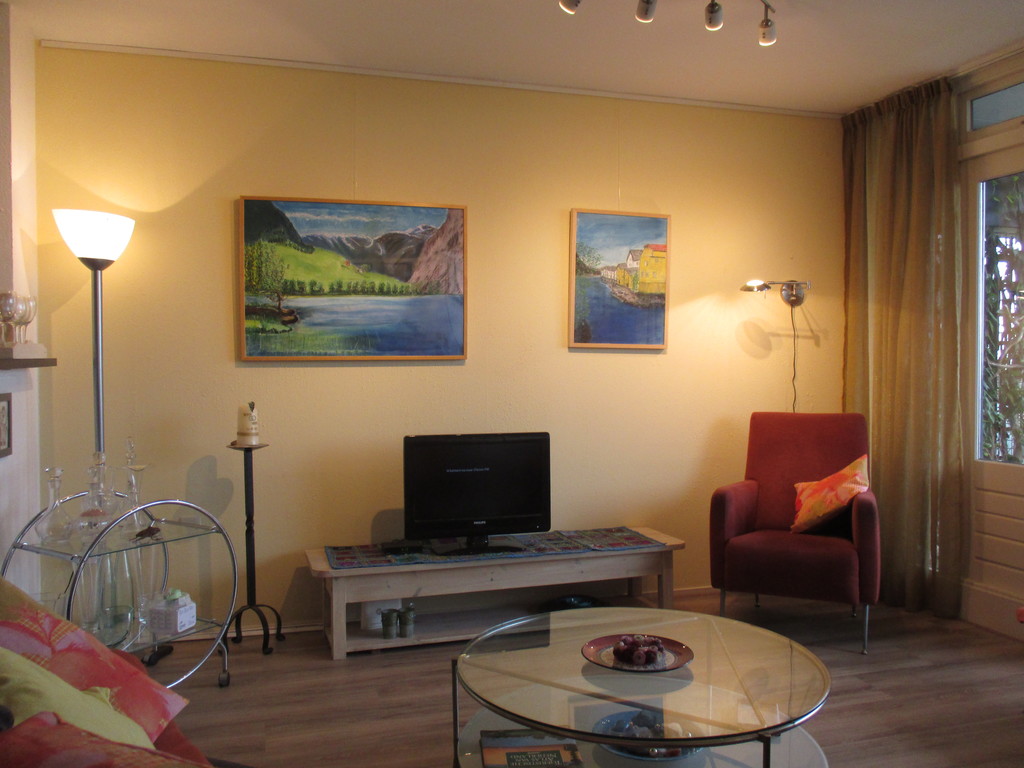 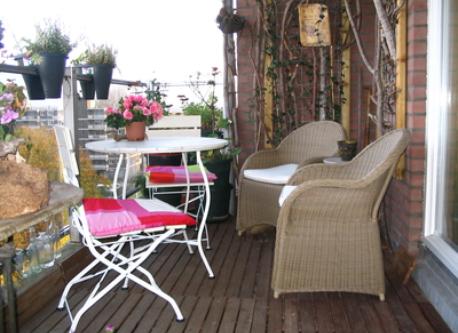 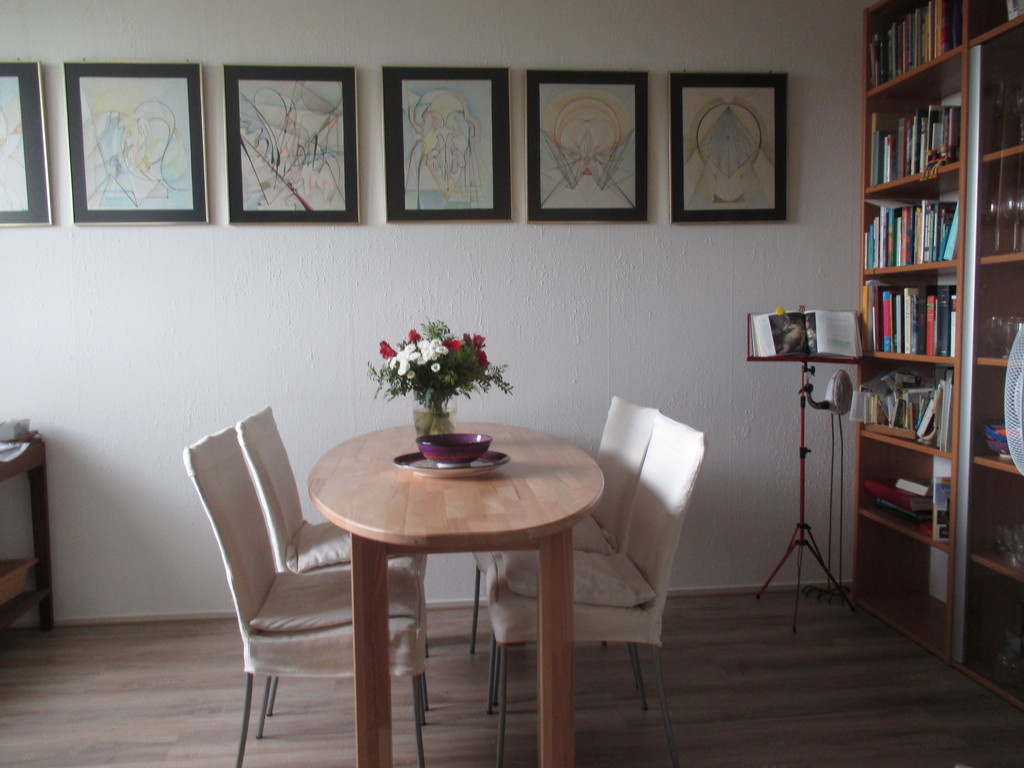 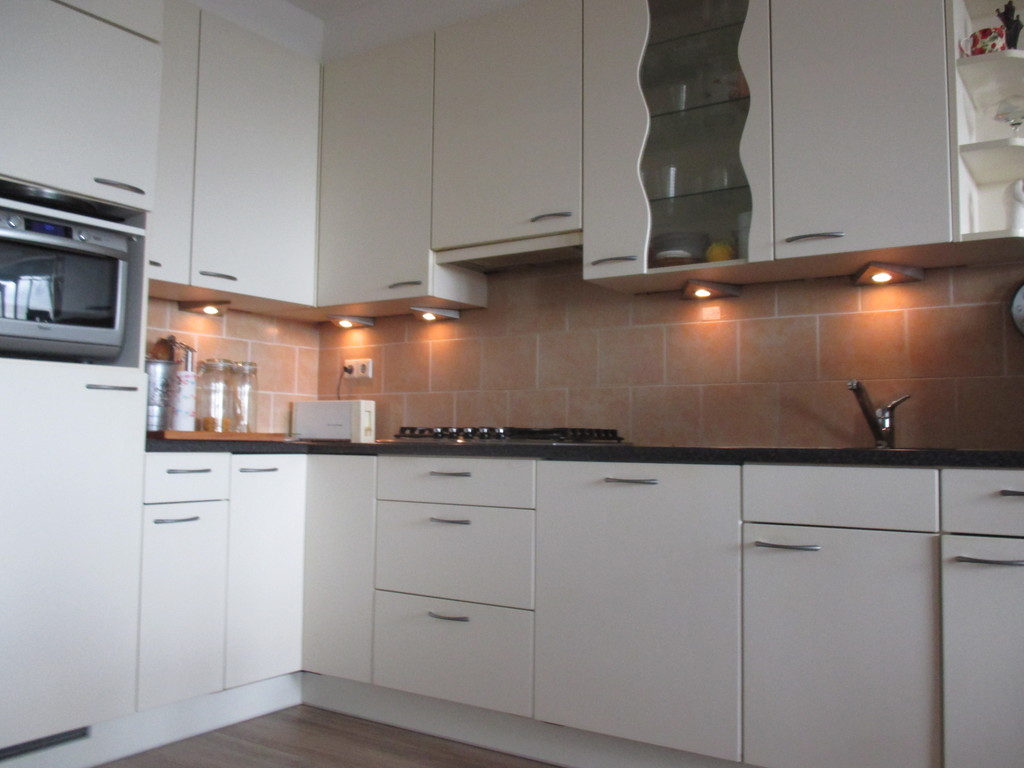 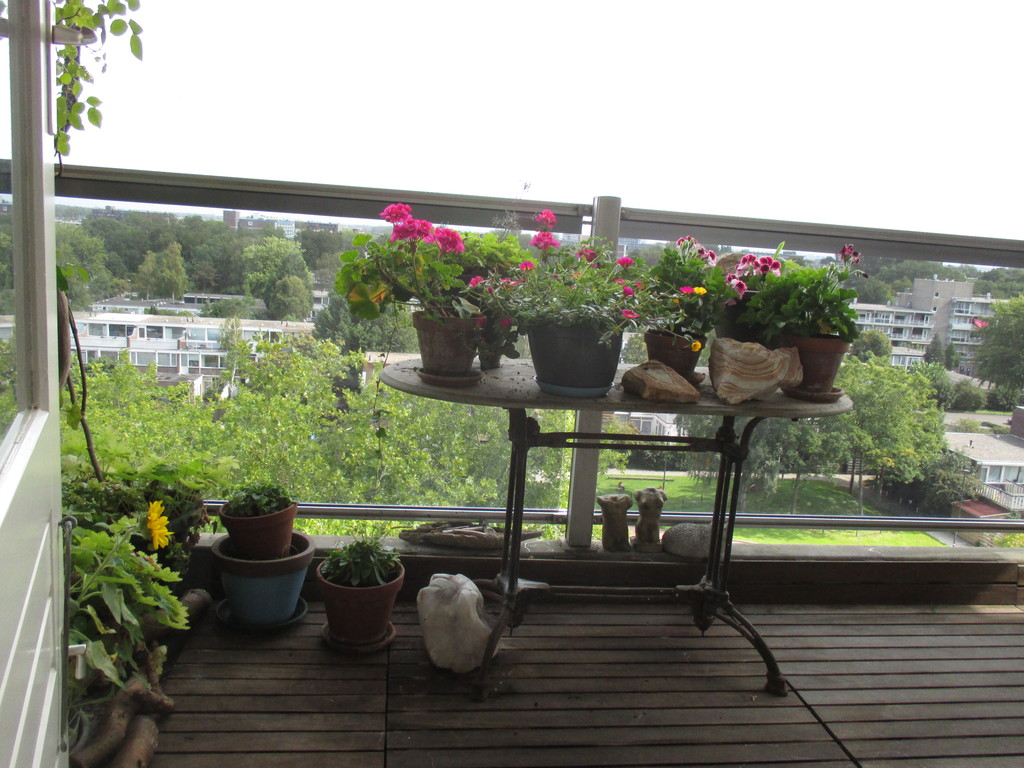 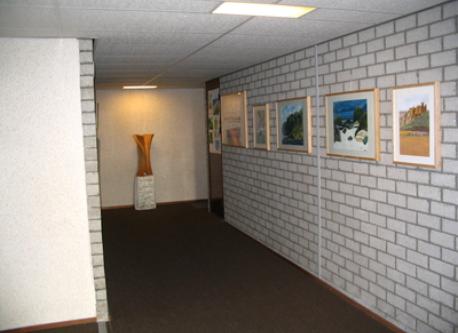 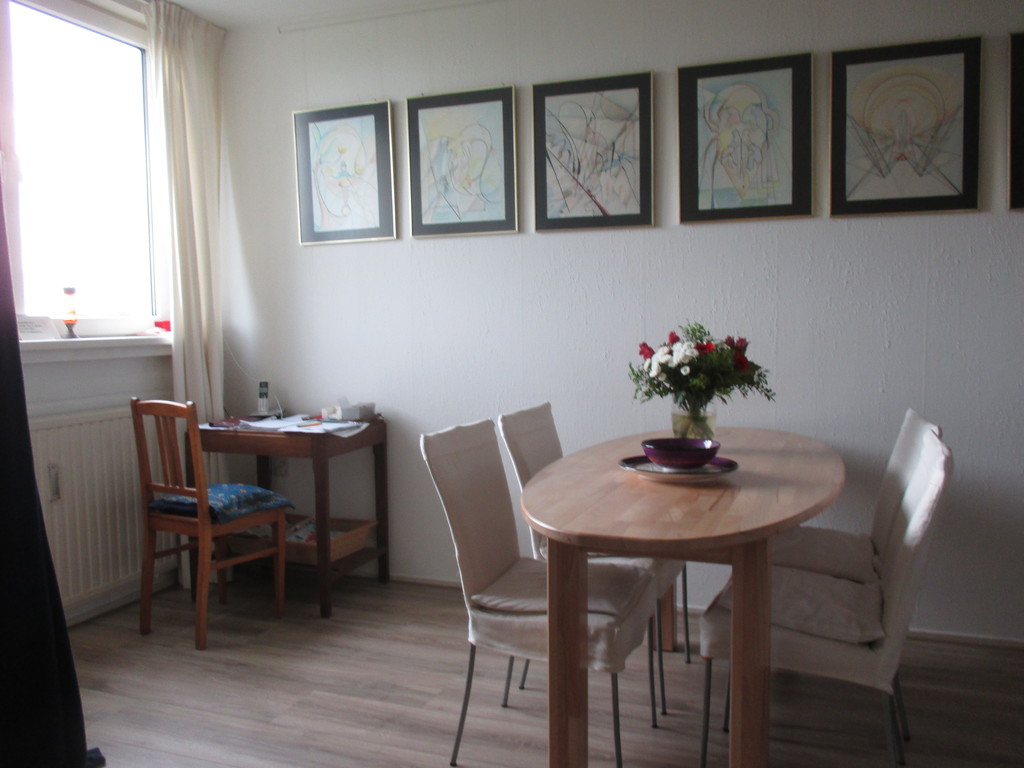 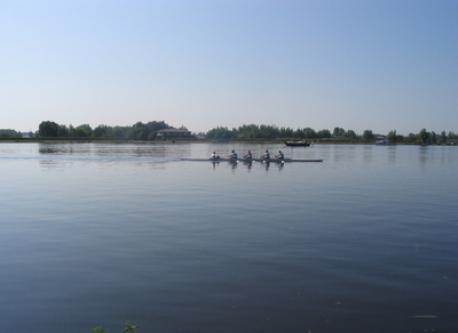 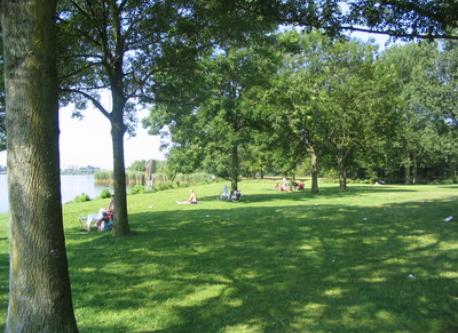 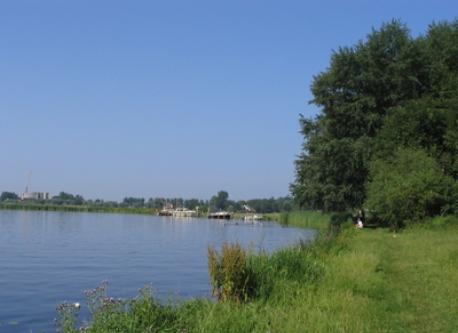 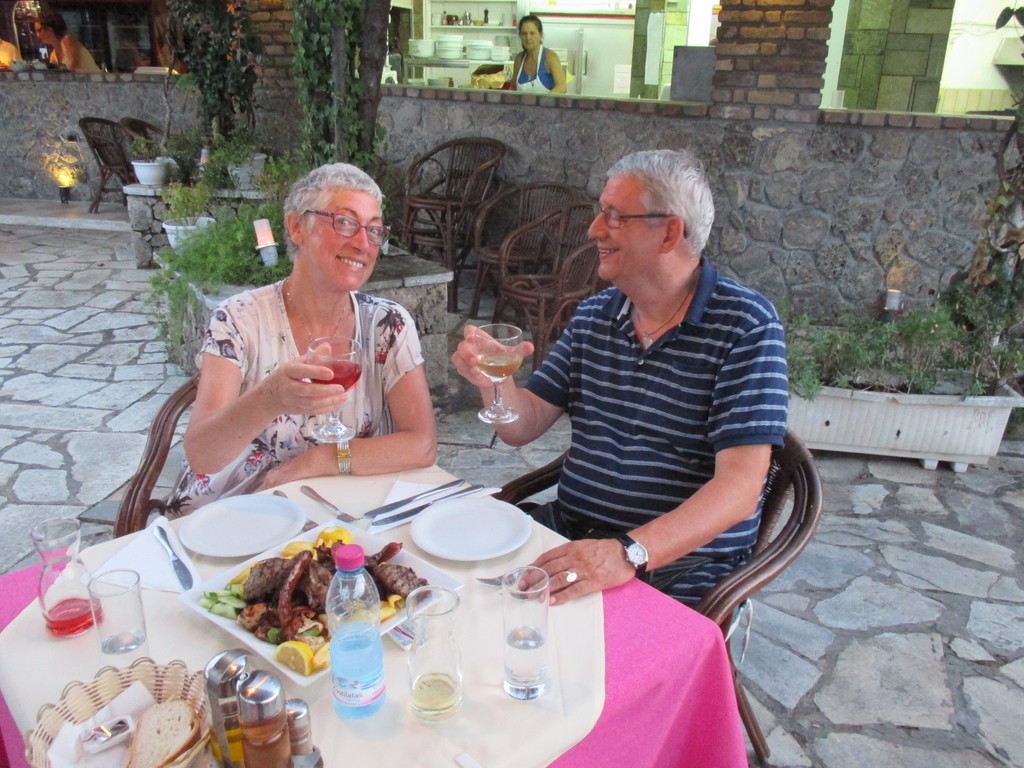 General information of our house and environment

We live on 5 km distance of the centre of the city Haarlem. In a green suburb Molenwijk, close recreation area (Molenpark). Good public transport, hypermarket and other supplies in the direct surroundings.

The apartment complex has a kicking house and a lift. Our apartment lies on 7the store, with a wide view, including the fifth runaway (Polderbaan) from Amsterdam Airport (Schiphol). You can see the planes take of or land, but you do not hear them! Up to around 12.00 hours the sun shines on the balcony. On the ground level lays the storeroom, where the 2 bicycles stand. For and behind the apartment there are sufficient park places parking is free.

Supplies in the direct environment
On ground level you find a hypermarket, a baker, a hairdresser, a card/newspaper/smoking/animal food shop. To the back of the building complex there is a simple pizzeria/shoarma, not expensive but nice, with take away service.
In the neighbourhood you find also: a pharmacy, snack bar, sport school, a dentist and a health centre. On 10 minutes walking distance there lays a large covered shopping centre. Each Tuesday is on the neighbour parking place a big market. The public covered swimming pool, lies opposite the hospital Kennemer Gasthuis, on 10 minutes by bike.

Environment and recreation
On 5 minus walking distance lies the recreation area ‘ Molenpark ’, with walk and bicycle paths along a small lake (Molenplas). There is a nice restaurant with terrace near the lake  ‘De Molenplas’, and jetty for boats, in the summer by very nice weather it can be crowdie over there. In the winter the restaurant is limited open from Thursday till Sunday.
By way of the ‘ Molenpark ’ it is possible tot walk or bike along the lake to a  mill ‘De Hommel’ en to go further over the canal the Ringvaart by a bicycle bridge to a lovely teahouse ‘De Cruquius’,  with terrace. The tea house is daily open as from 10.30 hours open up to 1800 hours. Beside the tea house lays the museum ’Cruquius’ (1 March up to 1 November opened)

Between 1 April and 1 October you can also cross the canal Ringvaart on a small ferry boat, special for cyclist. The ferry boat is controlled by voluntaries.

At the other side off the Ringvaart lies a golf area. Through the golf area lies a bicycle path that connects the green recreation areas: ’Groene Weelde’, the former Floriadepark and the ’Haarlemmermeerse Bos’.

TOWN CENTRE
The centre of Haarlem can you reach with public transport, but you can also walk or cycle along the river the ‘Spaarne ’, by way of the Zuid- and Noord Schalkwijkerweg. Distance to the centre is about 5 km. You can go by bus 73 to the center (four times in an hour, busstop Verwulft)The bus goes through the center of city to the N.S. station Haarlem. Our busstop is named Schuilenburg.


Beside the large shopping centre of Schalkwijk  10 minutes walking) lies the busstop of the R Net, a quick service (6 till 8 times per hour) with limit number of halts tot the centre and the station of Haarlem and in the other direction to Hoofddorp, Amsterdam Airport, Amstelveen, Oudekerk a/d/Amstel and Amsterdam Bijlmer.

From the N.S. station Haarlem you can take trains to Zandvoort, Amsterdam, Leiden and other destinations.

City and surroundings.
On Monday (rag market) and Saturday there are product markets on the large market in the centre of the town, near the old church and the old city hall. The VVV office is at N.S. station.
Haarlem has much to offer: art, culture, culinary highlights: form simple snacks to fine restaurants. There are a lot of terraces around the large market (De Grote Markt) and the small market (De Botermarkt).

It is possible to make several roundtrips by boat: for example through the canals and the Spaarne. There are also several guided citywalks
A special small estate route has been composed by the VVV.

A large sauna (Egmond) you can find at the Egmondstraat.

On 10 km. distance lays Zandvoort, a seaside place. There are several splendid bicycle routes by dune and bunch area. For example to the dune area the Amsterdamse WaterIeiding Duinen


You can also walk well marked routes by way off the entrance ‘Panneland ’ near the village Vogelenzang, with a small pancake and snack restaurant (on Tuesday closed) or the entrance De Oase, also well recommended  with his pancake restaurant!  Bycicles are not allowed within the dune area of the Amsterdamse Waterleiding Duinen.

We have composed a map with information about Haarlem and his environment It lays available for you in our apartment. As well as several plans of Haarlem and the surroundings.

We wish you much pleasure if you are coming to stay in our beautiful city!

This member has completed 21 successful exchanges. Here are some members that he exchanged with in the past: