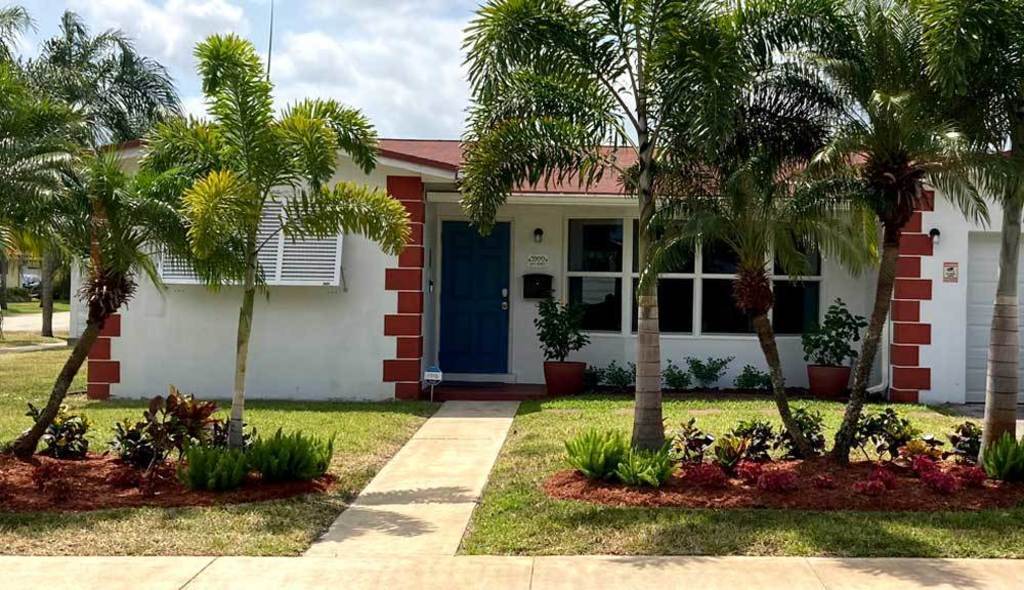 Our home is located in beautiful Hollywood, Florida. We are centrally located close to Ft.Lauderdale/Hollywood airport, downtown Hollywood, and minutes away from the beach.

The City of Hollywood is a beachfront community located in southeastern Broward County midway between Miami and Fort Lauderdale. Founded by Joseph Young in 1925, Hollywood is approximately 30 square miles in size and is Broward’s third-largest municipality with a population of roughly 153,000 residents. Hollywood has an average annual high temperature of 83 degrees and low temperature of 68 degrees.

Hollywood is home to more than 60 parks, seven golf courses, seven miles of pristine beaches, and the one-of-a-kind Hollywood Beach Broadwalk, a promenade that stretches nearly 2.5 miles along the Atlantic Ocean. Named one of America's Best Beach Boardwalks by Travel + Leisure magazine, this brick-paved thoroughfare hosts pedestrians, joggers, bicyclists, rollerbladers, and millions of others every year. Dozens of eateries and inns line the Broadwalk and the promenade also features the Hollywood Beach Theatre, a children’s water playground at Charnow Park, and many other attractions.

DOWNTOWN HOLLYWOOD: Characterized by quaint sidewalk cafés, brick-lined walks, and six blocks of unique boutiques, shops, art galleries and dozens of excellent restaurants along Hollywood Boulevard and Harrison Street, this pedestrian-friendly environment is the perfect place to enjoy South Florida. Just minutes from the beach, the Downtown Hollywood, FL district is on the National Register of Historic Places and is the backdrop for year-round festivals, street markets, and entertainment.

If it’s nightlife and clubs you crave, nobody does it better than Hollywood. Get a taste of South Florida’s international music and culture with live jazz, blues, rock, Latin, and R&B. Bars and clubs are concentrated tightly here, allowing you to enjoy a variety of experiences just a few steps apart. Order a refreshing cocktail and find out why Downtown Hollywood is just as fascinating at night as it is during the day.

Hop on! Hop off! Never has getting around in Hollywood been easier or more fun! Leave your car at home and jump on the free electric shuttle service called “Sun Shuttle” by Circuit. When you are ready to be picked up, simply use the on-demand “Ride Circuit” App to request a pick-up, wave down the closest fleet driver or head to a designated shuttle stop within the service area.

I enjoy traveling to far away places to learn about culture, food, wine, and art.

This member has completed 16 successful exchanges. Here are some members that he exchanged with in the past: