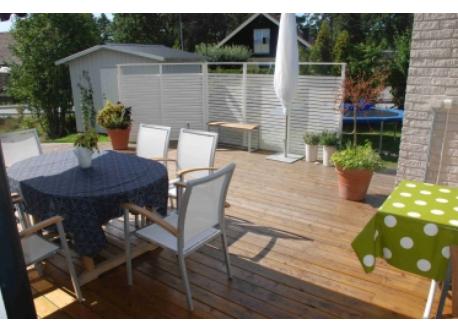 Guest room close to the kitchen 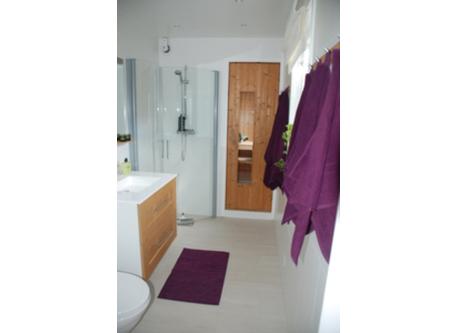 The bath room downstairs, with a sauna 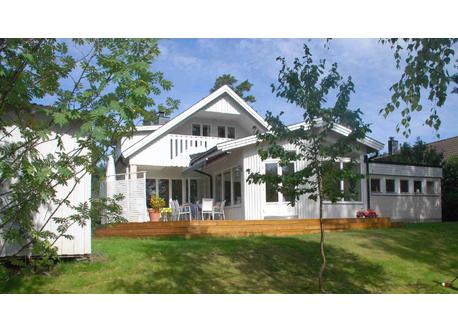 Our house from the south 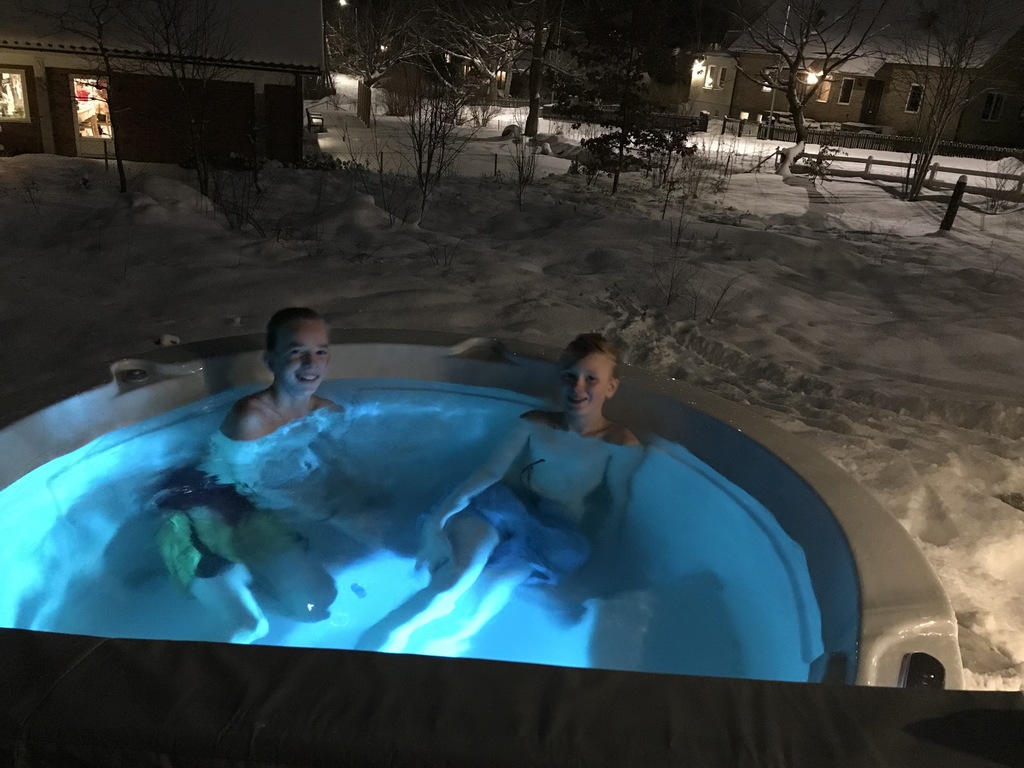 Hot tub (spa) in the garden 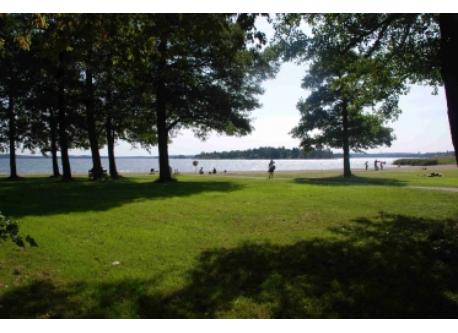 We have exchanged homes seven times (Spain 3 times, France 3 times and USA) and love the concept!

We live in a charming suburb, located 15 km north of Stockholm city center. Our house is beautifully situated in a quiet and friendly neighborhood within walking distance from amenities such as a beach, public pool area, playgrounds, walking trails as well as a large shopping center.  Also within walking distance (10 min) is the commuting train station offering access to downtown Stockholm. The train takes 17 minutes.

Our house is 210 square meters (2300 square feet) divided over two floors. The ground floor comprises of an entrance hall, a large (45 m2) fully equipped modern kitchen, laundry facilities, TV-room (42" with many channels), living room with a stove, two bedrooms and a bathroom, including a sauna. On the second floor we have three bedrooms, a hallway and a large bathroom.

With direct access from the kitchen is a large wooden deck facing south/west with a barbeque and surrounded by a nice garden, perfect for enjoying long Swedish summer evenings. The sun doesn´t set until around 10-11 pm. There is also a hot tub in the garden. We have a Volkswagen Sharan 2012 (7 seats) and prefer to also exchange cars.

Our neighborhood has nice grocery shops and other stores. Our closest grocery store is known all over northern Stockholm for its range. Only 3 km away is Täby Centrum, one of northern Europe´s largest and most modern indoor shopping malls (www.tabycentrum.se).

1 km from our house is a public beach (Näsaäng) and 1 km in the other direction is a public pool area (Norskogsbadet). There are many play grounds around.

Stockholm is often referred to as the Venice of the North since it is uniquely comprised of many islands and is surrounded by the waters of the Baltic Sea and Lake Mälaren. The city is especially lovely in the summer due to the almost magically long days and offers much to see and do. In addition, the Stockholm archipelago, comprised of over 20,000 islands, offers beautiful scenery and is easily accessible by both car and boat. You can read more about Stockholm on the Swedish Tourist Board´s website, http://www.visitsweden.com/ and http://www.visitstockholm.com/.

The area around Stockholm is a nature lover´s paradise with green forests, extensive fields and meadows, large and small lakes. You can enjoy canoeing, fishing, bathing, riding, golfing, cycling, berry and mushroom picking and much more. A majority of the Swedes understand and speak English well, which makes it easy for anyone speaking English to live in Sweden. Also, foreign TV-shows and films are subtitled, not dubbed.

This member has completed 12 successful exchanges. Here are some members that he exchanged with in the past: