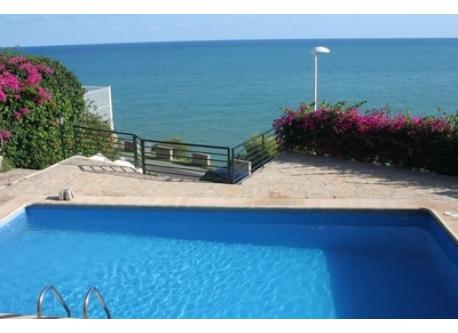 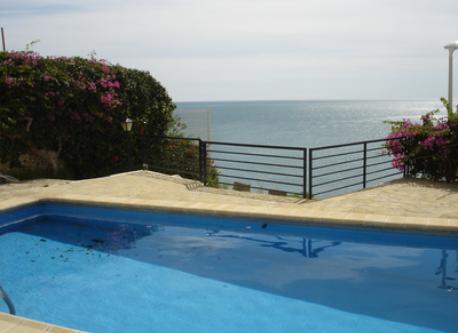 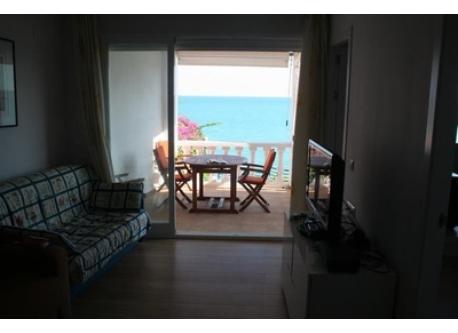 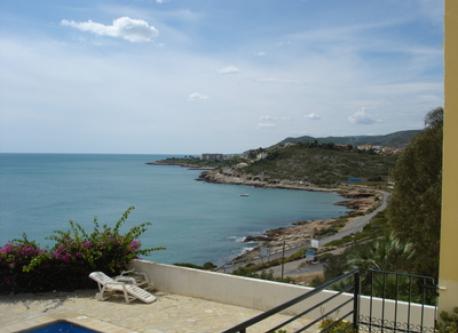 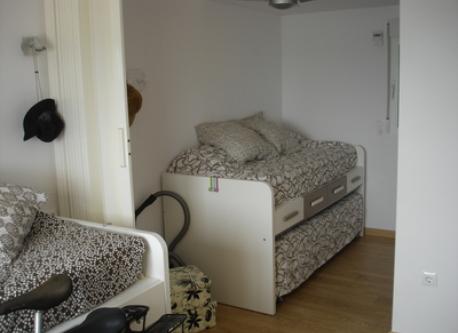 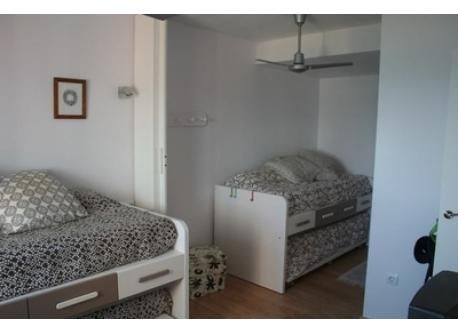 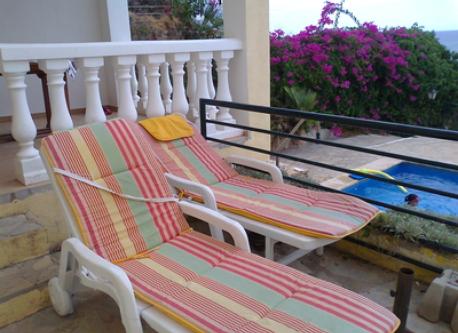 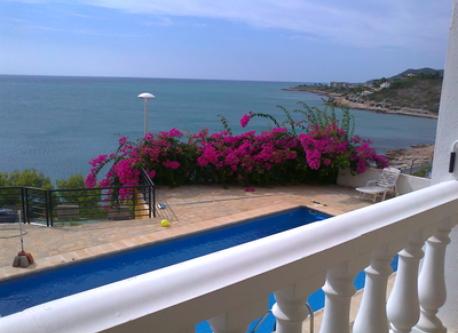 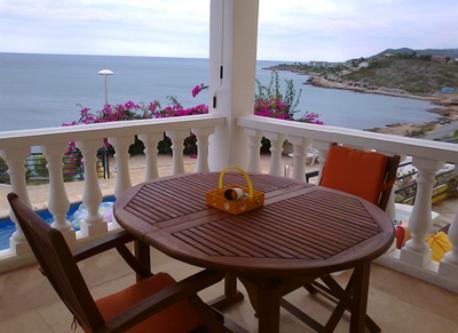 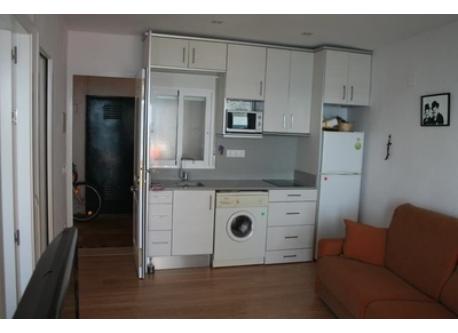 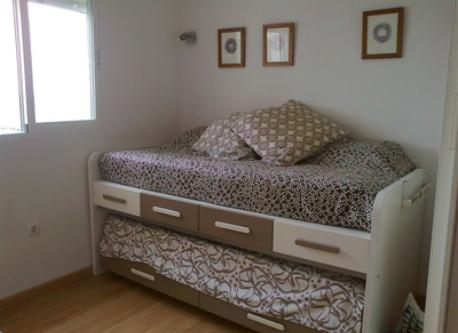 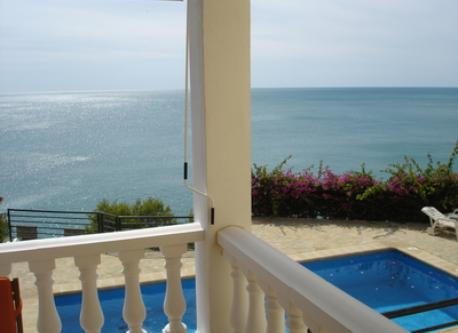 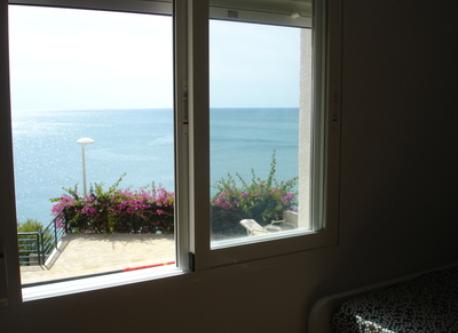 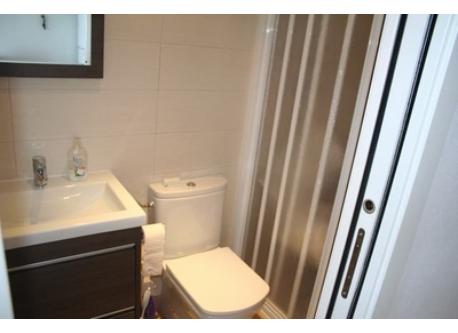 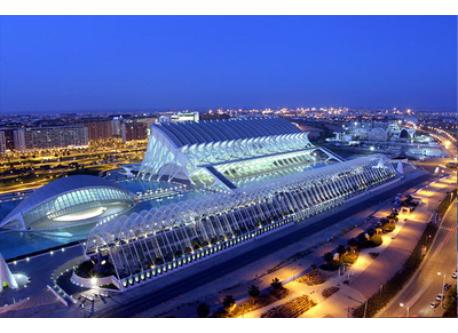 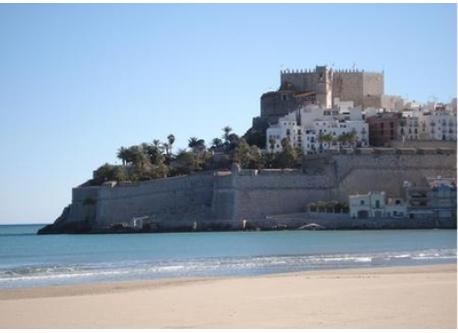 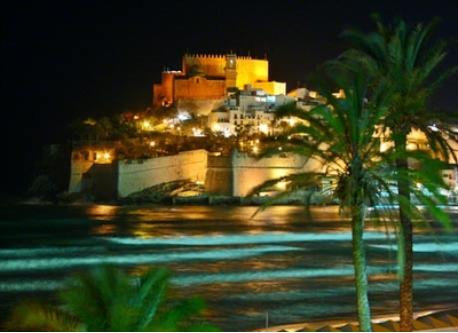 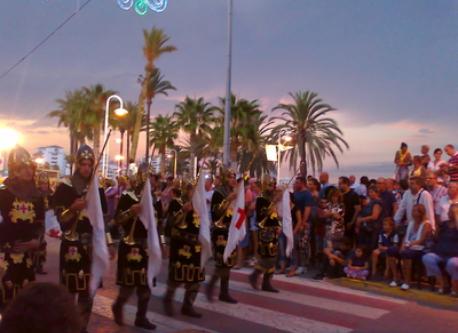 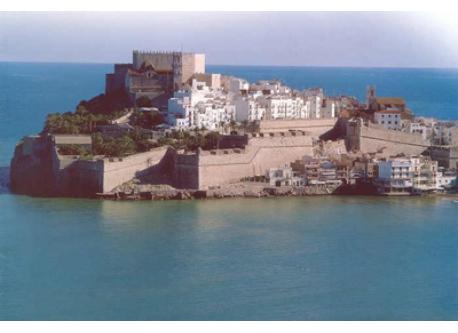 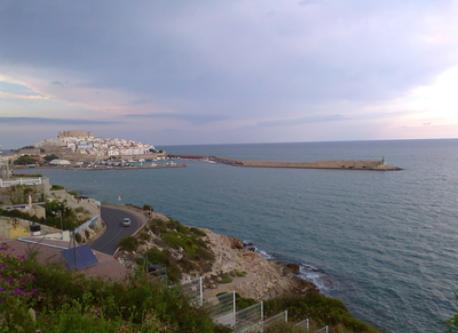 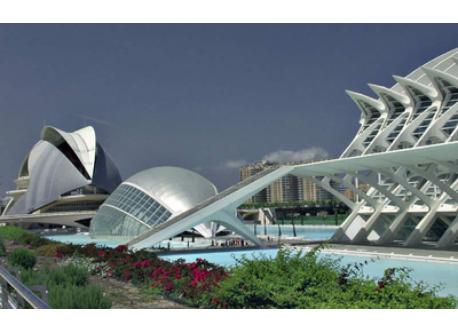 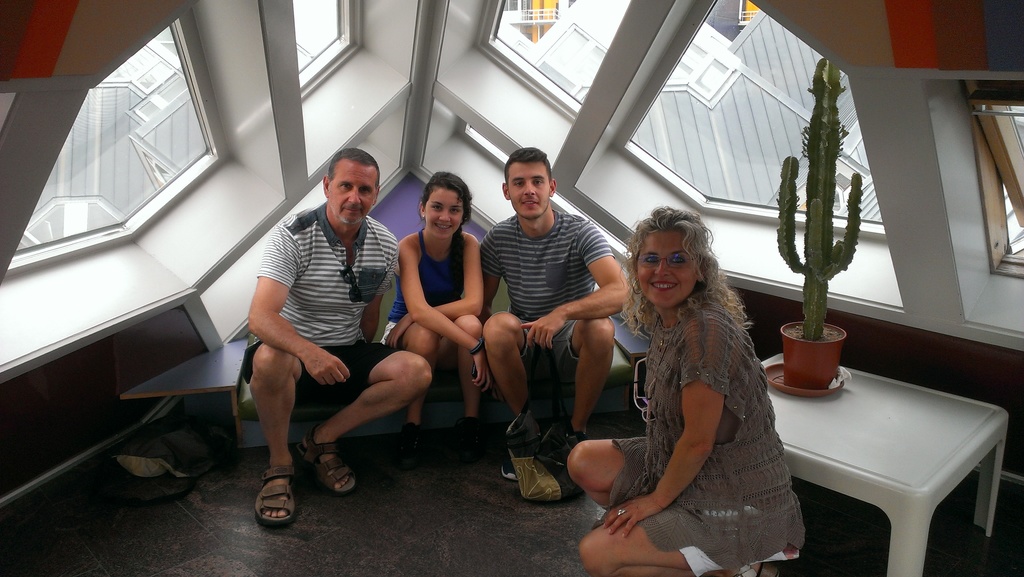 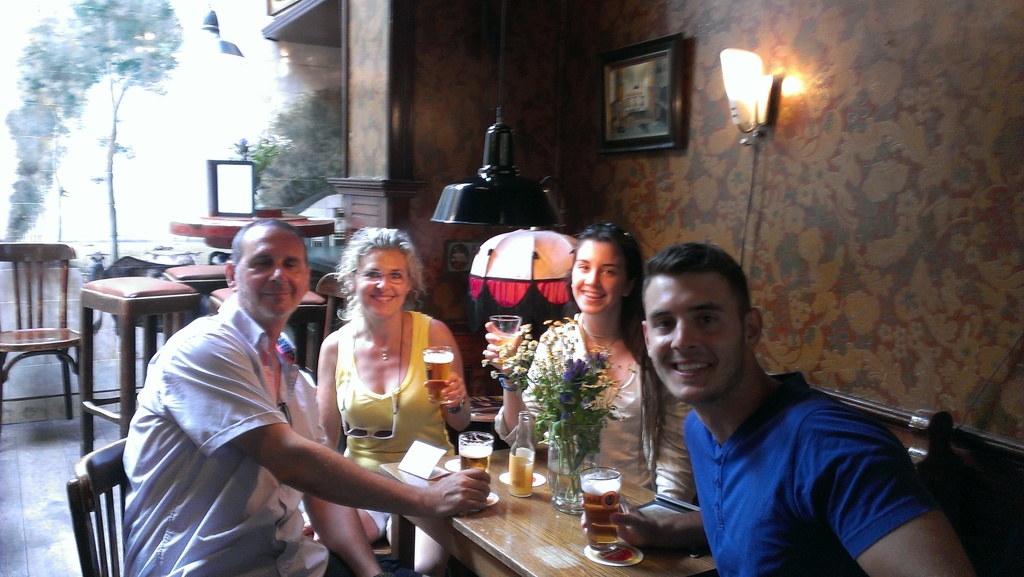 We are Esther and Javier. We are public employee and nursing assistant. We have two children , Adrian and Miranda. We want to travel around Europe. We live in Valencia but we spend the summer in Peñíscola ( Castellón ). Peñíscola is one of the most turistic places in Spain, it has a castle and a walled Templarian age village, The castle is also known because the pope Benedicto XIII ( Popemoon ) lived in it. Peñiscola is also well known because many films have been filmed in it, specially some chapters of Game of Thrones. From our apartment you can go directly to the Sierra of Irta which is a very beautiful place to go walking, by bike, diving or do any kind of excursions.
Our apartament is in a exceptional place in front of the sea, it is 40m2 of a lovely apartament with small lumber room, it has two rooms with two nest beds, in the dining room it has an other couple bedsofa. The apartament has a marvellous balcony, we are five neighbours, one German, one Austrian, one French and two Spanish, but normally we're not all together at the same time. Moreover, we don't have Internet connection in our apartment, we always use ilimitated data from our phones. Peñiscola is from 150 km to Valencia, the journey is 1:30 hours by dual carriageway, In Valencia you can visit the famous city of the art and science, it has some museums and different things to visit too.ultimamente nos es imprescincible viajar con nuestro perro ,es un perro pequeño muy mayor y no hemos tenido ningun problema con el en las casas que intercambiamos,
We hope your visit.

This member has completed 12 home exchanges. Those referenced below may contain feedback/impression from its exchange partners: